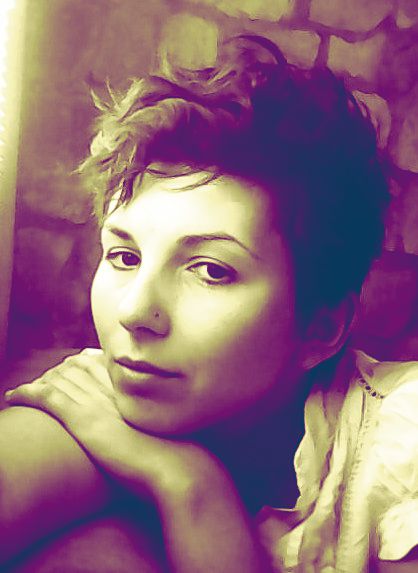 Sephora Black is a novelist who made her name in the mystery and nonfiction genres.

Synopsis
Sephora Black was born on April 17, 1985, in Croatia. She started to write poetry when she was around ten and by the time she got to high school, she was an editor of a school newspaper. After she finished high school, she worked in different places while establishing herself as a writer. Sephora’s first novel, Obsession, was written in her early twenties and it was never published. She didn’t write for a few years after that, but she started again and published her first in a series novel Poisoned By Mistake in 2015.

Early life
Author Sephora Black was born on April 17, 1985, in Croatia. Not knowing her biological father, she grew up with her stepfather, who was a truck driver, and her mother who worked in a factory. When she was eight, she got her only stepsister and they developed a strong bond growing up together.
She went to a technical high school close to her home and when her professor recognized she had a literary ability, she soon became school’s newspaper editor. During those years she did many interviews and wrote articles, and her short story was published in OK!, the most popular teen newspaper.
Sephora went to the Faculty of Philosophy in Zagreb to study the Croatian language, but never finished college because of poverty. She gave up in 2005 and started to work as a waitress. She wrote her first book, Obsession, in Croatian language and tried to publish it, but she had no luck. She gave up writing for a few years and continued to work in different places during the years, disappointed.
When she was twenty eight, she met her fiancé and he persuaded her to start writing again. She began to write journals, and soon after that she got an idea for a book. In 2015 she wrote her first novel Poisoned By Mistake, which was first of a Julianne Mock Mysteries series, the story of a Christian girl who tries to change her life, but she ends investigating a murder. It was published the same year, allowing her to accept a job at the nonprofit association, so she could have more time for writing.

Later work
Sephora Black also wrote and published a nonfiction book How to Run an Online Business (2015), and she continues to produce great books.

Personal life
Sephora and her fiancé moved to live off the grid at their mountain house in Dalmatian Hinterland. She participates in the work of local association, runs a household and writes full-time.
Outside of writing, Sephora is a gardening fan and she spends time in her garden every day, cultivating more than twenty types of vegetables, and many herbs and fruits.

What inspires you to write?
I have too many thoughts in my head and it’s hard to function if I don’t throw them out. Over the years I had learned the best way to do that is to write.

Tell us about your writing process.
I write my outline on a paper, by hand. I write chapters and a short description. Also, I think about main characters and I think of names and short descriptions. Everything else I make during the writing process. I think of characters as they come by.
I use Microsoft Word most of the time, but when I’m not at home, I use my tablet or I write by hand, so I paste those parts later.
I don’t like schedules, so I write when I can or when I feel like writing, different times of the day, even different rooms. But I try to write every day, even just a few words for my blog. But it’s important not to skip it or I get lazy.

For Fiction Writers: Do you listen (or talk to) to your characters?
I don’t talk to my characters, but I listen to them while they are talking to each other. I feel with them, and sometimes I even act like some of them.

What advice would you give other writers?
Everything what it’s worth in life comes slowly. Don’t hurry and don’t expect to succeed over night. Be patient and if you’re good, you’ll get your five minutes.
Write every day. If you can’t write, think about writing.

How did you decide how to publish your books?
Publishing with a publisher was never an option for me because I’m a new author. I didn’t want to wait so long to publish my books, IF I find an agent and a publisher. And that’s a big IF. So, I decided to do it by myself.

What do you think about the future of book publishing?
I don’t think about it. I try to adapt to what is today. When tomorrow comes, I’ll think about tomorrow.

What genres do you write?: mystery, non-fiction