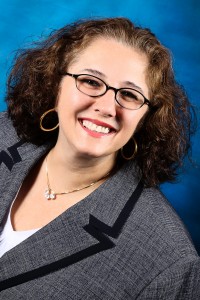 About Sandy Raven:
I’m a country girl who grew up on the beaches of the Gulf Coast. I followed my husband to several different cities as his job moved him, until we landed in the foothills of the Blue Ridge mountains of Virginia, where I put down some new roots and raised the girls. My daughters are both graduated from college now and until they give me grandchildren to spoil, I spoil my dogs, cats, and horses.

The name for my series, The Caversham Chronicles, came to me when I thought the name of the street my husband grew up on sounded like it belonged in a novel. That, and I’d watched a movie that irked me because I hated the ending. So I wrote Caversham’s Bride, and the rest as they say, is history.

What inspires you to write?
Oh… I don’t know. I could be a smart*ss and say the bills, but really… I think it’s that I want to finish things that weren’t ‘right’ for me in a way *I* find satisfactory.

Example, there’s this song that I’ve LOVED for many, many years, by this very obscure British band that no one has likely ever heard of. It had an unhappy ending to me. Being a romance reader and writer, I needed for that old woman in that song to have her HEA. So… one of the three stories in the upcoming Fated Love is the HEA for the old woman in the song I was unhappy about (but I loved it anyway, go figure.) Also, the plot I’ve worked up for an upcoming book (Harry’s book,) came from another unsatisfactory ending to a song by my favorite musician ever. So Harry’s book will be coming next year, and that will be my HEA for a guy who didn’t have one in a song. And, then there’s the story behind why I wrote Caversham’s Bride–I’d just watched a Timothy Dalton movie and was not happy with the ending.

So… songs and movies will spark an idea, and from that a book is born.

Tell us about your writing process.
I outline and do character sketches and interviews. The characters have to be real to me, or I can’t make them real to the reader. Once I have that done, then I will list scenes and give them numbers and move them around until I’m happy. Usually I’ll put three, sometimes four, scenes to a chapter. THEN I start writing.

One of my best friends is a pantser. While I can’t see how she works that way, she’s very successful at it. My younger daughter writes Urban Fantasy/Paranormal, and is also is a pantser.

I think I’m too much of a control freak to let characters get a hold of the story at the time I’m actually writing it. If those characters want something, they’d better tell me early on, when I’m writing that outline!

For Fiction Writers: Do you listen (or talk to) to your characters?
Yes. More so when I’m doing those character sketches and outlines. Once I’m writing their story, I know them like the back of my hand and we’re kind of like the same personality. I have to get into their POV, and part of that involves becoming the character’s persona.

What advice would you give other writers?
It easy to get disheartened when you’re getting one rejection after another. But I think the most important thing to remember when you’re getting rejected is that it’s not YOU they’re rejecting, it’s the work. Read what the rejections are saying and, if you have to, get help from someone to help you translate what’s written. Especially if you’re not sure whether there is an invitation to resubmit after revising. If an editor is going to take the time write out what she/he didn’t think would work for their audience, there’s likely going to be wording telling you that you can resubmit in that letter, but all you’re seeing is “they didn’t like it.” So get someone who knows, a veteran author, to help you translate that rejection letter. And, if it’s a real rejection, save it. Paper a wall in a bathroom one day with all your rejection letters. (I can’t remember who it was, but remember reading that someone famous did that.)

When they don’t reply, or return your calls, then consider yourself lucky. Because you wouldn’t want to work with those types anyway.

How did you decide how to publish your books?
I was rejected pretty much everywhere that I thought my work would be a good fit. Admittedly, there are a few smaller publishing houses that I didn’t want to work with, having had a bad experience with one like them in the past. I’m also a very nervous interviewee. My last pitch sessions were in April of 2012. The nerves were so bad that I was very sick that day. I took preemptive meds to keep from puking because of the nerves. I will never do that to myself again. I decided that day that I was going to self-publish my work, and am very happy that I have. I will never have to pitch again.

What do you think about the future of book publishing?
There will not be a demise of traditional publishing. That won’t happen. Traditional publishers will have to adapt to the ever-changing world of publishing, just as we have. But I think in the next few years, we’ll see the people who jumped on the bandwagon to ‘make a buck’ fall off to the wayside, for one of two reasons. Either they aren’t writers at heart and were only in it “while the getting was good.” Or, “OMG, this is hard work!” Really. If you want a stable financial future, writing is probably not the best way to achieve that. If you’re afraid of hard work, this isn’t for you. You will lose sleep. You will lose friends. In return, you will find fulfillment of your dreams, and you will make new friends. Most of us who write, do it because there is nothing else we want more in the world than to tell a story that will make a reader feel *something.* Also, I see me still writing in the future, so there’s nothing for my readers to worry about!

What genres do you write?: Historical Romance