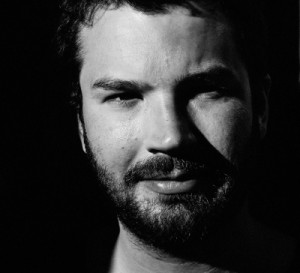 About Sam Bowring:
I’m an Australian author and stand-up comedian. My main genres are fantasy and children’s books. I like to take cliches and tropes of the genre and twist them around in new and interesting ways. I’ve written plays and for television. I was named after the family cat. I like croissants a lot. Too much, perhaps.

What inspires you to write?
I have always been somewhat of a show-off, and yet also somewhat lazy. Writing is a great way to show off without actually having to be anywhere in particular. Perpetuating my layabout lifestyle inspires me to work, strangely enough, quite hard.

Tell us about your writing process.
Ideas swirl about for a period of sometimes many years, and I take applicable notes as they randomly occur until there is enough source material to actually organise. Either that or an idea will flash past like a colourful butterfly and I’ll snatch it quickly, amazed with something flashy and new, which seemingly trumps anything else that’s been lying around gathering dust. Either way, I storyline the whole thing out in various amounts of detail, but I always know what all the important plot points are going to be.

For Fiction Writers: Do you listen (or talk to) to your characters?
Not really, though I talk to myself quite a lot, does that count? I do imagine my characters though, populating the worlds they inhabit, and what they might do and say. If I need to work something out I often lie down and think about whatever situation they’re in, and watch them play it out.

What advice would you give other writers?
I have a very firm rule in my writing: screw the cat. It is basically, for me, a way of saying that I hate it when characters are driven by plot, rather than the other way around. All too often you get people going back into the scary spaceship to look for their cat. Most of us, if given the choice between facing an alien monster that wants to implant its young in our stomachs, or launching the escape pod and getting the hell out of dodge, will say ‘screw the cat.’ I have always been determined that my characters would be ‘screw the cat’ types. In fact I have the phrase hanging it above my computer, to remind me not to be lame and lazy with my stuff. Visitors might think it odd, I suppose. Anyway, my advice? Screw the cat.

How did you decide how to publish your books?
Well I know this is hard to believe but, back in the day, ebooks were not even a thing. Since easy self publishing was, at that time, a contradiction in terms, I started on the traditional route of sending off manuscripts (in paper form!) and waiting months and sometimes years for replies and feedback and rejection. It proved a long road to get a trilogy published. For a start, any new fantasy author faces a bit of a paradox. Asking someone to publish three books is always going to more difficult than asking them to publish one. However, the multi-book thing is very much part of the epic nature of the fantasy format, and publishers also shy away from one-offs. So you’re damned either way. Anyway, eventually I heard that Hachette was opening up a fantasy imprint here in Australia, and I figured they would be looking for new local writers. Luckily, they were, so everything came good. These days I mix it up between traditional publishing and self-publishing the more crazy stuff.

What do you think about the future of book publishing?
I hope the aliens will enjoy looking over the wealth of our creative endeavours as they pick through the charred remnants of earth’s ruins.

What genres do you write?: Fantasy, children’s, humor