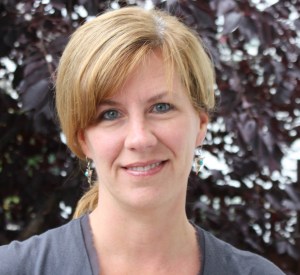 About S.M. McEachern:
S.M. McEachern (also known as Susan) has an honors degree in International Development from Dalhousie University. As an author, Susan combined her political background with her love of young adult fiction to create her debut novel Sunset Rising. In March 2014 she published Worlds Collide, the second book in the series. She just finished writing the third book, New World Order, which was released January 15, 2015.

What inspires you to write?
At the risk of sounding cliché, I’ve loved writing since I could hold a pen. I still remember my first poem, written at the ripe age of five, being put up on the classroom cork board (an even higher place of honor than my kitchen fridge!) by my Kindergarten teacher. I was ecstatic. So if there are any parents reading this interview, posting your kids stories and pictures on your fridge or walls really is a boost to their confidence!

Tell us about your writing process.
I’m a total pantser. Yeah, I have a rough idea of what I want to accomplish in a story, but its my characters that take the story from chapter one to the end. And until I write them, I don’t know them. Once I get to know them, they tend to create scenes for themselves that help to define who they are.
One thing I do love to do before and during the writing process is research. For instance, when I was world-building for the Sunset Rising trilogy, I did done a lot of research on biodomes, the worlds deepest mines, nanotechnology, and the sociological behavior of different cultures. I even interviewed one of the Kratt brothers on imagining what a post-apocalyptic North American creature world might look like! (with emphasis on “imagining”, since no one really knows for sure).

For Fiction Writers: Do you listen (or talk to) to your characters?
I don’t really listen or talk to my characters; however, I do try to “feel” them… and by that I mean putting myself in the character’s shoes when determining how she would react in a certain situation. And I always try to stay true to a character. For instance, if a character has suffered abuse, particularly long term physical abuse, she isn’t going to be a bubbly, outgoing personality ready to support everyone her. She’s more likely to have a bitter edge and trust issues. As I mentioned, I love research and there are a lot of places online to research human behavior. I think it really speaks to the reader when you take the time to develop a true character as well. I’ve had readers write to me and say they’ve really connected to a particular character in the Sunset Rising trilogy.

What advice would you give other writers?
If you love writing, keep writing. It really is that simple.

How did you decide how to publish your books?
When I finished writing Sunset Rising (Book One) I didn’t know about self-publishing. My first intent was to find an agent and try to get on with a publisher, but during my online search I came across so many blog posts of writers leaving their publishers due to low royalties, limited creative freedom, and publisher pressure for authors to develop their own online presence. After sending out only two query letters (and not waiting to hear back) I decided to publish on my own. I’ve been on a huge learning curve ever since because I knew nothing about publishing, I didn’t have any social media accounts much less followers, and I had to learn from scratch about the editing process, cover designs, jacket copy, marketing, etc… Add to that an industry that is changing almost daily, and it’s doubtful I’ll ever know all there is to know about being an independent author. However, for now I’m doing better than I ever thought I would with a publisher 🙂

What do you think about the future of book publishing?
Far from being just another trend, self-publishing has blossomed into a multi-billion dollar industry that some experts predict will outpace traditional publishing in a few years. As authors become more savvy about publishing, and as more professional services are made available to them, there’s every reason to believe that more authors will find their way to independent publishing. With very little overhead and royalty rates of 70%, independent authors can price their books for far less and still make more than their traditionally published counterparts. And what reader doesn’t love to find a fantastic book for just 99 cents or Free? In fact, there’s an entire culture of readers growing who boast they haven’t had to buy a book in years. If rock bottom ebook prices hasn’t already had an impact on higher priced books from overhead-laden publishers, it soon will.
That said, publishers still corner the market on paperbacks. For any authors wishing to see their books on bookstore shelf, traditionally publishing is the way to go.
As to the future of publishing… I think the self-publishing industry is going to grow and traditional publishers are going to have to come up with a new paradigm to stay competitive.

What genres do you write?: Young adult romance series