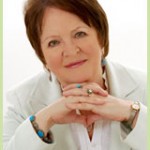 About Rosemary Morris:
There is a gigantic canvas for a historical novelist to choose from. So far I have chosen to set my published novels in the England of Queen Anne Stuart 1702 – 1714 and the ever popular Regency era, and I am revising a novel set in the reign of Edward II.

I chose those periods because each of them affected the course of history. If the Duke of Marlborough had not won The War of Spanish Succession and The Duke of Wellington had not defeated Napoleon at The Battle of Waterloo the history of Britain and that of Europe would have been very different, and would also had far-reaching consequences for the rest of the world. If Edward II had won the Battle of Bannockburn, Robert the Bruce would have probably been captured or slain on the battle field. It is also feasible that Edward II would have conquered Scotland and, perhaps, as it is claimed, he would not have been murdered.

The more I read about my chosen eras the more fascinated I become and the more aware of the gulf between those periods of history and my own life and times. I believe those who lived in the past shared the same emotions as we do but their attitudes and way of life were in many ways quite different to ours. One of the most striking examples is the position of women and children in society in bygone ages.

I present men, women and children who are of their era, not people dressed in costume who behave like 21st century people. Of course, it is almost impossible to completely understand our ancestors but through extensive research I do my best to ensure my characters observe the social etiquette of their life and times in order not to become outcasts from society.

Research of my chosen eras sparks my imagination. The seeds of my novels are sown. From them sprout the protagonists and events which will shape the stories.

What inspires you to write?
Since early childhood I have always made up stories. By the time I went to secondary school my love of reading and history was a vital part of my life. Books such as Christian Anderson’s fairy stories, Joanna Spry’s Heidi, L.M. Montgomery’s Anne of Green Gables, Elilzabeth Goudge’s The Little White Horse, Tales of King Arthur and the Knights of The Round Table, fables and legends sparked my imagination. By the time I left school, I was immersed in historical non-fiction and fiction. Gone With The Wind, Forever Amber, The Angelique Series, The Winthrop Woman These Old Shades, and Katherine are a few that drew me into the world of historical fiction and inspired me to write. At college I began to write novels. In my early 20’s I signed contracts with 2 major publishing houses. Unfortunately I did not request a date of publication to be included in them and neither of the novels were published. Discouraged, I did not submit any more novels until my children were grown up. However, the desire to write, to give my characters’ a voice and be published never left me.

Tell us about your writing process.
I am partly an outliner and partly a seat of the pants writer, who uses neither a whiteboard or software for my novels. However, the idea for a novel usually comes while I read non-fiction. It generates the questions, what, where, who, when and how. After much thought I have an idea for the plot and a theme. Tthen, before I begin to write I fill in very detailed character profiles for the main protagonists, which answer such questions as who their grandparents were, their taste in music, the perfume they favour, their eccentricities etc.,. Before I write the first line they are as real to me as any living person.

For Fiction Writers: Do you listen (or talk to) to your characters?
There is a young man called Justin, dark of hair and eyes with a smile to die for. He woke me up one night to tell me that he wants to go shopping at The Royal Exchange. Another character woke me up saying: ‘War is so cruel.’ So far, I haven’t written their stories but they are in the back of my mind.

How do I interact with my characters? I share their dreams, their happiness, their problems and their sorrows. I laugh with them and cry with them. I go shopping with them to buy sumptuous clothes and perfumes. In other words, I share their lives.

What advice would you give other writers?
If you are serious about becoming a published author please don’t be discouraged by rejections, no matter how many you receive.

Writing fiction is a lonely profession. If possible join a writer’s group at which you can chat to other authors, and read your work aloud to receive comments. However, comments should always be constructive. A group at which members are critical and do not offer helpful advice is detrimental. If this happens join another group. As writers we are anxious about our work in progress so the last thing we need is discouragement.

Join an online critique group in which published members write in your genre and can offer good advice.

Choose some of or all of the following. Enrol for a writing course, attend writers workshops, go to talks by successful authors, join professional groups and read books on How To Write, subscribe to Writing Magazines and read as widely as possible.

Finally, write the first draft, revise it, edit it, put it aside for about six weeks and then edit and revise it until you are satisfied that the final revision can’t be improved on.

How did you decide how to publish your books?
After unsuccessfully submitting the first of my novels to be published to many agents and publishers, a member of an online writing group I belonged to suggested my small press publisher. The publisher snapped up the novel but, if she had not, I might have self-published.

What do you think about the future of book publishing?
I presume that since cavemen sat around fires telling tales there has always been an audience, and I think there will always be those who like to ‘cosy up’ with a book whether it is a hardback, a paperback or an on line book.