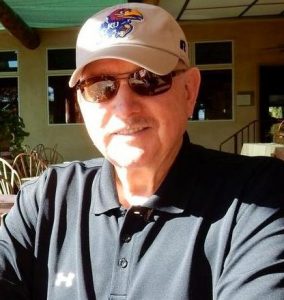 About Ronald Yates:
I am a former foreign correspondent for the Chicago Tribune and Professor Emeritus of Journalism at the University of Illinois where I was also the Dean of the College of Media.

My book, The Improbable Journeys of Billy Battles, is the second in the Finding Billy Battles trilogy of novels. I am also the author of The Kikkoman Chronicles: A Global Company with A Japanese Soul, published by McGraw-Hill. Other books include Aboard The Tokyo Express: A Foreign Correspondent’s Journey Through Japan, a collection of columns translated into Japanese, as well as three journalism textbooks: The Journalist’s Handbook, International Reporting and Foreign Correspondents, and Business and Financial Reporting in a Global Economy.

During my career as a foreign correspondent I lived and worked in Japan, Southeast Asia and Latin America where I covered several major stories including the fall of South Vietnam and Cambodia in 1975; the 1989 Tiananmen Square tragedy in Beijing; Afghanistan during the last year of the Russian occupation; and revolutions in Nicaragua, El Salvador an Guatemala.

My work as a correspondent was rewarded with several awards, including three Pulitzer nominations; the Inter-American Press Association’s Tom Wallace Award for coverage of Central and South America; the Peter Lisagor Award from the Society of Professional Journalists; and three Edward Scott Beck Awards.

I served 3-1/2 years active duty with the U.S. Army Security Agency in Germany, where I was worked in communication intelligence (SIGINTEL). I am a proud graduate of the William Allen White School of Journalism at the University of Kansas.

What inspires you to write?
I grew up in Kansas and I was always fascinated by what life was like there in the 19th Century when the state was still quite wild. At the same time, I spent a lot of time in the Far East as a foreign correspondent and I was equally intrigued by what life must have been like in the 19th Century colonial period in places like French Indochina, The Philippines, Malaysia, Singapore, Hong Kong, etc. Then one day I got the idea to blend the two using a character from 19th Century Kansas who goes to the Far East in search of himself. That was the inspiration for my Finding Billy Battles trilogy.

Tell us about your writing process.
I write from the seat of my pants. I don’t outline my books and I don’t write down plot scenarios. I just start writing and see where the story and my characters lead me. It’s a lot like life itself. We may have a goal in mind, but the route to it is often strewn with obstacles, surprises, and sometimes tragedy. I usually write 3,000 or 4,000 words a day and I edit as I go. In other words, I may write a few paragraphs and then rewrite them within a few minutes of creating them. I don’t really write what I would call a “First Draft.” When I finish writing a book it is finished. I may go back and make a few tweaks with the plot here and there, or alter a little dialogue or some action by a character, but there is no second or third draft.

I know some authors who will write a first draft and put it away for weeks or months and then go back and look at it with fresh eyes. Alternatively, they may send it out to professional “beta readers” or “critiquers.” Those strategies may work for some people. They don’t work for me. I guess it’s my journalistic training: see it, report it, organize it, write it and then move on to the next story.

For Fiction Writers: Do you listen (or talk to) to your characters?
I think Billy Battles and I are a lot alike. I mean, aren’t most novels a bit autobiographical? He is a restless sort. He enjoys traveling, going to new places and experiencing new things. Like Billy, I couldn’t wait to get away from Kansas (though I love the place dearly). And, like Billy, I am a happy wanderer. How else could I have survived and thrived as a foreign correspondent for 25 years? We are both journalists. At the same time, he is a dependable guy who is loyal to his friends and to those he chooses to keep close to him. Above all, Billy respects two traits in people: Honesty and Kindness. We are alike in that way.

What advice would you give other writers?
Try to write as much as you can from your experiences. They are real and uncontrived and if you incorporate those experiences in your fiction, your work will have a truthful ring to it. Beyond that, KEEP AT IT! Don’t let anybody (editors, agents, etc.) discourage you. At the same time, be willing to accept constructive criticism from those who have experience as authors, editors, agents, etc. Notice I said CONSTRUCTIVE criticism. Some people criticize just to be criticizing–or to be malicious. You must believe in yourself, your work, your vision, and your story. If you don’t, who will?

How did you decide how to publish your books?
My first book, The Kikkoman Chronicles, was published with McGraw-Hill–a traditional publisher. It was a fairly seamless process. But when I decided to write a trilogy of novels, I opted to go the publish on demand route. I liked the idea that I had control over the way the book looked and that no one would be messing with my story. I knew what I wanted to do and how I wanted to construct the trilogy. I will finish the trilogy next spring and all three books will have been POD books. When I move on to my memoirs, which will be a return to non-fiction, I may go back to a traditional publisher. I have been writing professionally since I joined the Chicago Tribune right out of college, so I am confident of going either route. For new authors, I would say make sure you hire or work with a good editor if you decide to self-publish. The last thing you want to do is to publish a book that is filled with grammatical and syntactical errors or that is difficult for a reader to follow.

What do you think about the future of book publishing?
The last figure I saw was that something like 60 percent of all writers today have moved into self-publishing–especially e-books. They do so because they have more control over the writing and production process. Does that signal the end of traditional publishers? No. The Big 5 will still be around because they offer excellent professional services such as editing, production, and promotion. They also have access to key marketing areas such as professional book reviewers, news organizations, etc. Having said that, I believe places like Amazon, Kobo, i-books, etc. will continue to make big inroads into the publishing world.

What genres do you write?: Action/Adventure, Historical Fiction, Non-fiction