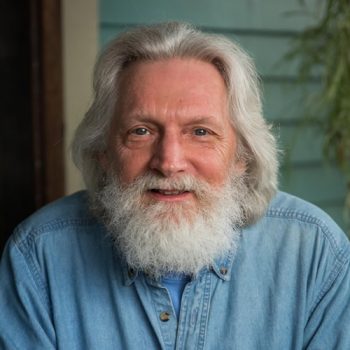 About Robert Springer:
You could say, being old enough to remember tube TVs and the novelty of transistor radios, that I’ve seen a bit of life. Once a poor (bass guitar) player who strut his hour upon the stage (Austin TX and Niles Michigan) and then was heard (unrecorded bands) no more (after 30 years my fingers cannot remember the frets), I found I was a character in a story told by an idiot who after 20 years with a large publisher found my department was outsourced overseas (nevertheless, I deeply love India and my time there training my replacements was far too short).

My writing pedigree is a crazy quilt with stretches of academic training and scraps of writing on paper towel rolls in an asphalt siding factory — all leading to becoming a late-life Master of Arts recipient as well as a happily married spouse, a parent, a grandfather of two, and much to my surprise, a Deacon in my mainline church. And yes, my gray locks are still full of Sound and Fury (not a Plymouth Fury actually, it was a ‘63 Chrysler Newport push-button drive gunboat called the “Stratocruiser”) — just me mad or give me coffee.

What inspires you to write?
I write what I like to read: Stories that make me think. I want to make that writer-reader connection in stories that both entertain and provide food for thought so that if I were to have an opportunity to talk about the story with a reader, we'd have much to talk about (this has happened a couple of times — to my everlasting joy). Ideas they had that the story prompted. Agreements and disagreements on what I said. Places the story made them laugh (or cry), places that carried them along on the adventure.

What authors do you read when you aren’t writing?
Robert Persig (Zen and the Art of Motorcycle Maintenance and Lila), whose philosophical novels inspired me to write a theological novel (a theodicy is a defense of the goodness of God in the face of an evil world); C.S. Lewis and Tolkien on the fantasy side, and Larry Niven and Jerry Pournelle (A Mote in God's Eye) and Philip K. Dick on the sci-fi (Dick also inspiring me to write as deeply as I could).

Tell us about your writing process.
I'm a classic "pantser." The Organ Pipes of the Soul: A Theodicy of Love and Reincarnation in a Desperate Afterlife was inspired by a T-shirt that said "Heaven is a Library" and started as a three page short story about two people meeting an a foggy afterlife. It grew organically to a whole novel with two Point of View (POV) characters, which I then set aside and drew from as I rewrote it — basically making draft 1 an outline. This semi-finished product then grew even more as I re-rewrote it, having "uploaded" the whole of it into my head. Because I wrote in the office in the wee hours before work started, and because it could be days between available moments, I often spent my time re-reading what I had written, constantly re-uploading the story so far. Some days, a mere line or two. Others, a few thousand words. This pattern repeated for many years, each draft given that day's date so as not to lose track. Early on, printed drafts and major red-pen revisions became (by necessity) online revisions, though as the final version neared completion, I found uploading to a Kindle gave me a fresh perspective on the text, and I would comment there and make revisions in Word.

Character sketches (including a handful of photos) came during this rewrite phase, as I now knew my characters having lived with them a while.

For Fiction Writers: Do you listen (or talk to) to your characters?
I've long heard tales of writers whose characters "wrote their own lines." This was true for my third POV character, Coyote, who not only wrote her lines but wrote herself into what had been a two-person story line. When I began that first major revision, Coyote entered chapter 3, her first line being, "Coyote examined the hole in her chest where her heart should have been." Other characters also wrote their lines or gave me their voices. The Chef, a minor character who cooks "the real food" for the Curator of the Art Gallery (himself a nasty piece of work), tells major character Elle, "You are over-dressed for the kitchen help." The misplaced article 'the' in the first line gave me his voice for all else he spoke.

And, as other writers have said, characters sometimes act spontaneously. The Engineer (of steam engine Old 493) decided to ram his train into an obstruction across the tracks. "Ramming speed, Carl!" Carl shot him an ear-to-ear grin. [Carl is his Fireman.] As the story evolved with each pass, the voices became clearer, the motivations individualized.

What advice would you give other writers?
Don't quit. This is the same advice I would give an aspiring musician (or any other artist) who can feel the gap between what they want to do and the output (writing, making music) they make. It takes time to learn to get out of the way of your conscious (editing) mind to allow the story to flow from subconscious mind, which is where all stories come from. Describing a violinist, "Elle heard the distance between Angelina and her instrument reduced to as near zero as she had ever heard from any musician anywhere. Absolute zero distance between the mind and the note was the goal of every musician. The instrument as a means of translating the intent of the artist becomes transparent, immediately available to utter every thought and emotion in all the nuance and complexity the brain can devise. This was true whatever the instrument — whatever the medium." Whatever the medium includes an author and their words.

Other advice includes judiciously reading what other writers say about writing. Love him or hate him, Stephen King's book "On Writing" is one of the best. Ursula K. Le Guinn's book "Steering the Craft" has not only great advice, but exercises for the writer.

Get in a good writing group, and don't be afraid to leave one if it's toxic. As writers, we are attempting to create images in the minds of our readers. We can only know if we succeed if we hear from readers. A writing group can help, but you need to remember that these groups can contain frustrated and toxic members. If someone attacks you, get out. That group is sick.

Read in your field. Fantasy, sci-fi, whatever. And as you read, watch how they do what they do.

Learn the basics of grammar. Fiction writers are allowed more leeway on some things (such as sentence fragments) that other writers are not. But we're no more free to ignore grammar than a violinist is to ignore pitch.

How did you decide how to publish your books?
When the pandemic hit, I decided it was time to self-publish The Organ Pipes of the Soul: A Theodicy of Love and Reincarnation in A Desperate Afterlife. I knew a theological novel was a rare bird, and I personally don't take rejection well ("I have a drawer full of rejection slips" is fine coming from someone else). But, when I realized my Amazon self-published book would not likely be acceptable to libraries (many do not want a wall of identical spines on their shelves), I started to look elsewhere, and to my lasting joy found Vizia Publishing was looking for fiction authors. I made this connection through The Visionary Fiction Alliance, which I had discovered while writing my 2nd (yet to be published) novel. The many helps in marketing and the well-received cover art has made my choice (and luck) in finding a publisher as opposed to self-publishing the right one for me.

What do you think about the future of book publishing?
As the former long term employee of a major publisher, I've seen the impact that self-publishing has had on traditional publishers. The unexpected effect has been to bolster the number of small publishers, because the role of gatekeeper remains essential. This isn't to say self-published books cannot be great books, only that buyers (particularly institutional buyers) can know that someone (publisher or acquisitions editor) has staked their livelihood on the book. Today's market in fiction with a handful of major houses (consolidated down) and numerous small publishers along with scores of self-published authors is how the field is going to look for a while.