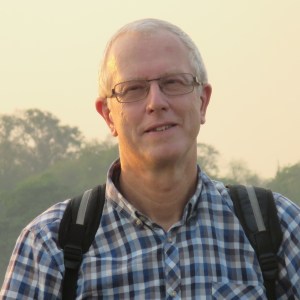 About Robert Dodds:
Robert Dodds writes for both adults and children and has had books published by Andersen Press (Random House), Polygon, and A&C Black (Bloomsbury). He has also had short stories published by HarperCollins. His latest book is the gripping historical novel for adults, ‘The Garden of Earthly Delights’, inspired by the work of the 15th Century artist Hieronymus Bosch. His first novel for children, ‘The Midnight Clowns’ (2000, Andersen Press) was short-listed for the Kathleen Fidler Award, and also published in France by Flammarion. His other children’s novels are ‘Nightland’ (2002, Andersen Press), ‘The Secret of Iguando’ (2004, Andersen Press, also published in USA by Mondo, and serialised on BBC Radio Four), and ‘The Murrian’ (2008, Andersen Press, also published as an audio book by Oakhill). He has two books in A&C Black’s ‘Wired’ series for struggling teenage readers: ‘The Haunted Mobile’ (2011) and ‘Pitch Dark'(2012). For adult readers, his collection of stories ‘Rattlesnake and Other Tales’ was published in 2001 by Polygon, the fiction imprint of Edinburgh University Press. In 2011 he published the black comedy novel ‘Sitting Duck’ (‘Not a whodunit, but a who’ll do it!’). He has had nine stories broadcast on BBC Radio Four, a professional stage play production, and has written and directed several short films shown on television and at film festivals.
Robert was born in England in 1955 and grew up in Yorkshire and Kent. He went to Oxford University to study English, and then became a teacher and lecturer. After several years working in England, Mexico, and the USA, he settled in Edinburgh in Scotland. In the mid 1980s he set up a new degree course in film and television production at Edinburgh College of Art, which he led until later becoming head of the School of Visual Communication in the college. In 2008 he left academia to spend more time writing. He spends part of each year in Andalucía in Spain.

What inspires you to write?
A different answer for every book! In the case of my new novel – my first historical piece – it was a fascination with the extraordinary paintings of Hieronymus Bosch (1450-1516). I began to think about the kind of world he lived in, a world in which the authority of the Church was supreme and in which people were terrified of being damned to Hell. Then I imagined what might happen to a man who defied the Church.

Tell us about your writing process.
In writing the first draft, I try to know what the ending of my story will be, but not too precisely how it will get there. I need a skeleton on which to hang the flesh and sinews of the story, but if I spend too much time on the skeleton, it won’t come to life. (A bit of a mixed metaphor there, but you get the idea!)
In the case of ‘The Garden of Earthly Delights’, I spent at least a couple of years developing it as a stage play. So when I started to expand and re-work the story as a novel, I already had the key dramatic moments in place.

For Fiction Writers: Do you listen (or talk to) to your characters?
Once I know what my characters want, then their dialogue flows quite easily as I write a first draft. However, I then need to come back to ‘their’ words over and over again, as they always say too much, and go off at tangents. There’s no room in a novel for ‘small talk’ – even when it appears as such. The dialogue always has to be advancing the reader’s understanding of character, plot and thematic content – ideally all three at once!

What advice would you give other writers?
When you finally think your book/story/screenplay or whatever is finished, and it’s just perfect, put it into a drawer (real or virtual) and leave it alone for at least a month. When you look at it again, you’ll hopefully still think it’s good, but you’ll probably see all kinds of things you want to change. Don’t bother anyone else with it until you’ve done this several times.

How did you decide how to publish your books?
When I started my writing career, self-publishing was synonymous with vanity publishing, and I never considered it at that time. I was first published (in anthologies of Scottish Short Stories) by Harper Collins. Then the BBC started to broadcast my stories on the radio. My first seven books were published by Andersen Press/Random House, Polygon, and A&C Black/Bloomsbury. However, my last two books – the comic novel ‘Sitting Duck’ and the historical novel ‘The Garden of Earthly Delights’ have been self-published. In each case I gave my literary agent about a year to place them with a mainstream publisher before going down this route. I’ve enjoyed the control that self-publishing gives me over the text and cover design, but publishing and marketing my own work takes away from the time and creative energy that I’d rather spend on writing new books. However, I don’t feel there’s much point in writing if no-one can discover your books, so marketing has to be embraced.
My advice to new writers would be to make sure that every aspect of their book’s presentation is up to industry standards, whether they are going to self-publish or seek a traditional publisher. If there’s a grammatical error or poorly constructed sentence on page one, then you’re dead in the water!

What do you think about the future of book publishing?
I think that both paper and e-books have a place in the future. The rise of self-publishing has weakened the grip of traditional publishers on the market. However, the deluge of self-published books creates a problem for readers trying to find out which of those books are actually worth reading. There are way too many books out there that only a mother could love. A traditional publisher gives readers a guarantee of a certain level of quality, and self-publishers will have to seek validation through respected book bloggers and reviewers. Word-of-mouth will remain a hugely important factor in determining a book’s success, because a personal recommendation from a friend or family member is a big push when you’re choosing your next book to read.