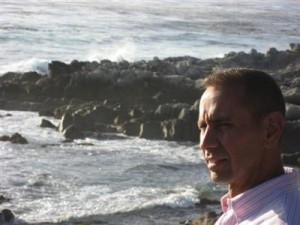 About Richard Botelho:
I am the author of three books: The New Individualism: Personal Change to Transform Society, a non-fiction social commentary, used in over 100 colleges and universities across America, favorably reviewed in The Midwest Quarterly and other scholarly journals, and winner of the S.C.P.H.C. Gold Award for Philosophy in 1996; Leah’s Way, my first novel, which received a rave review in the February 1st, 2004 edition of Library Journal; and Reason for Existence, my forthcoming science fiction novel. I have a B.A. and M.A. in Government from California State University, Sacramento, graduating with honors. Mr. Botelho has had numerous articles published in ML Publications, The Stone Institute, and The Northern California Sociological Association.

Tell us about your writing process.
I definitely write outlines and do plenty of research before the writing process begins. I still use pad and pen for the outlines and the same for research notes. I do not use organizing software. I basically outline the book and then fill in the chapters with scenes. I usually produce multiple drafts before I add other narrative in addition to the scenes. I also recommend professional editors before you actually start writing because the organizational help they provide is important.

For Fiction Writers: Do you listen (or talk to) to your characters?
I imagine conversations I have with them to develop their personalities. I also try to see the world from their perspective. And I make sure that each is different and sees the world differently not only from me but the other characters as well.

What advice would you give other writers?
It is obviously very important to read. But it is also beneficial to have conversations with other writers and industry consultants. And most importantly, you must lower your expectations. Most books don’t sell very well. My advice would be to write because you like to create something out of nothing. Writing needs to be its own validation.

How did you decide how to publish your books?
I never considered submissions to traditional publishers because that avenue is closed. They are essentially a closed society that lets virtually no one in. The big publishers control the major reviewers, have their books on the best locations in book stores, have long standing relationships with the most important people in the publishing industry, are driven by personal and political connections to make their publishing decisions, have huge commercial pressures to sell only what will sell irrespective of quality or merit, you get the picture. Some have suggested they are in violation of Sherman Anti-Trust Laws. I don’t know about that, but I do know they are a culture of no unless you are in their circle.

What do you think about the future of book publishing?
As a reaction against the tyranny of traditional publishers, the Indie movement is not only your best option for getting your book published, but also provides a counter force that is destroying their hegemony. The self publishing movement has produced a tsunami of titles that has forced the prices of books down and destroyed profit margins at traditional publishers. In short, those that were not allowed to play built their own league and their own stadiums. The traditional empire is crumbling. Borders went bankrupt, the consolidation of big publishers into five major firms just to survive, the disappearance of many major reviewers, the shrinking list of book columnists, all are symptoms of a new era in publishing. Now, many big name authors who were traditionally published are self publishing for greater financial reward. The bottom line is you don’t need traditional publishers anymore.

What genres do you write?: science fiction, philosophy