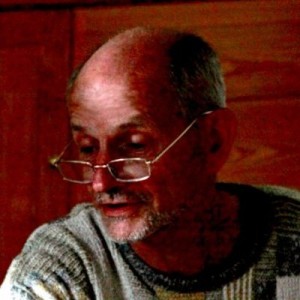 About Peter Rowlands:
Peter Rowlands came late to novel writing, despite planning his move throughout his career. He spent many years editing and contributing to UK magazines covering logistics, transport and home delivery, but finally sold his share in a small part-owned publishing business and started work on his first published novel, Alternative Outcome.

He is an avid reader of mystery dramas and thrillers, and always planned to write books that distilled what he considers the most appealing aspects of these: vivid characters, naturalistic dialogue, plenty of pace, and intricate but coherent plots.

Peter was born in Newcastle upon Tyne, in north-east England, but has lived nearly all his adult life in London, which he loves. In March 2016 he was revising an earlier book as a follow-up to his debut novel, and planning a third.

What inspires you to write?
I’m inspired to entertain people; to immerse them in a world they might not know but will still recognise; to surprise and intrigue them with unexpected but plausible turns in the plot; and to bring to life vivid characters who will stay with readers long after they finish the book. Everyday life inspires me – the possibility of unexpected depths and hidden possibilities within the world we know. Other books, films and good TV drama also inspire me. They make me want to do some of what they do, and do it as well as they do (or better!). And I’m inspired by the potential of mysteries from our past to fascinate, engage, surprise, disrupt and sometimes threaten our present lives.

Tell us about your writing process.
I plan the outline of my plots in advance and develop the main characters and their motivations, and usually I sketch in key scenes that I know will represent pivotal points in the story. But I don’t set out all the details at that stage. I tend to follow my characters as they progress through the story, and discover their thoughts and motivations as we arrive together at each point. Sometimes new characters emerge as we go along, and previously unrelated plot points suddenly make sense and connect. Occasionally the result is that one or two previous developments might turn out to have led the action off in a wrong direction or suggested false trails, but if so I work back at the end and shake everything into coherent shape. Amazingly, it seems to work!

I don’t have any magic ingredients or tools for doing this – I just tap out notes in a Word file if I think I’ll need a reminder of some idea that I might otherwise forget.

For Fiction Writers: Do you listen (or talk to) to your characters?
I suppose I listen to my characters. Certainly they sometimes seem to say things I didn’t always know they were going to say in advance, or have views that I hadn’t fully appreciated. But I wouldn’t say I talk to them exactly; I’m not sure how I would do that. I do know I become very fond of some of them, and feel a sense of loss when I have to leave them to live out their own lives at the end. Writers who feature ongoing characters through a series of books presumably manage to avoid that experience, but at the moment I prefer to enter a new world with different characters each time.

What advice would you give other writers?
I’ve always felt great respect for published writers who have established a presence for themselves. Yet in retrospect, I feel that maybe my slightly deferential attitude led me to underestimate what I was capable of. As a latecomer to novel writing, I started by joining writers’ forums and trying to engage with other people who were exchanging thoughts about their work and the creative process, but I eventually realised I already had the basic competence to stand on my own feet as a writer. I didn’t need to defer to other people with such humility, or feel I was starting on the bottom rung just because I had no track record. Obviously I wouldn’t encourage anyone to be arrogant about their abilities – a little humility is surely a good thing – but if you are confident that you have what it takes in basic literacy skills and you can write compelling, resonant, fault-free prose, I think a bit of self-belief should get you a long way.

How did you decide how to publish your books?
After writing my first novel, I tried to find a UK agent to represent me, but wasn’t surprised when I failed. This showed me just what a lot of competition there is, and how careful agents have to be in picking work that will prove a winner for them in their market niche.

As a result, after completing my second book I decided on self-publishing as the only realistic route to getting the book out there – and doing it in a realistic time frame. The jury seems to be out in terms of whether self-publishing is the best route in principle, and I wouldn’t discourage would-be writers from seeking an agent or conventional publisher, but in theory self-publishing opens unlimited opportunities, providing writers can succeed in promoting their work. That, of course, is the big challenge.

What do you think about the future of book publishing?
Self-publishing may have unlocked the door to unlimited opportunities for every would-be writer to try their hand in the market (including me!), but this does make it increasingly hard for readers to identify high-quality material. Book websites do their best to help, but there’s still a sense that the world is now drowning in aspirational work, some of which won’t survive the test of time.

Ironically, conventional “real world” publishers continue to push their limited band of known successful writers and quirky newcomers, keeping the door closed for others to enter the market through traditional routes.

One might imagine that more, cleverer and better-mediated book websites will somehow find a way to identify and highlight true quality in the self-published world, while conventional publishers will come to terms with the e-book revolution and embrace its possibilities more fulsomely, but I’m not clear how soon or how completely we will see any of this.

What genres do you write?: Mystery dramas, mystery thillers