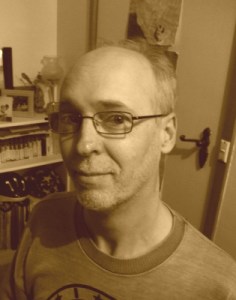 About Peter R Stone:
Peter R Stone is an award-winning writer, winning the Faithwriters Writing Challenge on three separate occasions, as well as frequently being a Faithwriters Editor’s Choice top ten winner. His winning entries include The Medal and Dreams Forsaken.

Peter R Stone, an avid student of history, was reading books on Ancient Greece from the age of four. Periods of interest include the ancient world, medieval era, Napoleonic times, and the Second World War. He still mourns the untimely passing of King Leonidas of Sparta and Field Marshal Michel Ney of France.

A product of the Cold War Generation, Peter Stone studied the ramifications of a nuclear missile strike when he was in his senior year of high school, learning the effects of nuclear fallout and how to (hopefully) survive it. He has ever been drawn to post-apocalyptic and dystopian novels and films, and eagerly devoured The Day of the Triffids and John Christopher’s Tripod Trilogy when he was a child. He is also an avid fan of science fiction, and his favorite books include the Lensmen Series by E.E.Doc.Smith, anything by Alastair Reynolds, and the Evergence trilogy by Sean Williams.

Peter Stone graduated from Melbourne School of Ministries Bible College in 1988. He has been teaching Sunday School and playing the keyboard in church for over twenty-five years. His wife is from Japan and they have two wonderful children. He has worked in the same games company for over twenty years, but still does not comprehend why they expect him to work all day instead of playing games.

What inspires you to write?
I have always wanted to write, even from my early days in primary school. I still have the manuscript of a book I started when I was in grade six. However, it was a love of listening to music that got me back into writing in 2006. Music inspires me, it sets my imagination running, and writing is the perfect outlet for the creativity inspired by the music.

Tell us about your writing process.
I spend several weeks or months planning a book before I start it. I develop each of the major characters, do a semi-detailed world background, and then make an outline of the plot. I will not start writing until each of these steps has been completed and I am happy with the result. That does not mean I won’t change them as I write, though.

For Fiction Writers: Do you listen (or talk to) to your characters?
I like to prepare a scene and dump the characters in it, and then sit back and listen to what the characters say. The result can be quite amazing.

What advice would you give other writers?
Get other writers or book critics to beta read your book after you have finished it. Ask them to pick it to pieces. Then go back and rewrite it to fix all the holes they found.

How did you decide how to publish your books?
I decided to go the self-publishing route. There are too many writers approaching too few agents and to be honest, I doubt they would have noticed me in the crowd. Maybe I will try the agent-publisher route in the future.

What do you think about the future of book publishing?
Whether for good or for bad, I think the eBook revolution will continue to flourish, whether traditional published or self-published eBooks.

What genres do you write?: Science fiction, fantasy, childrens.