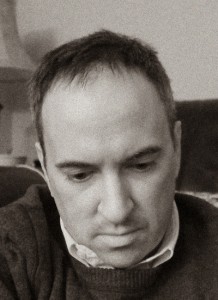 About Peter Lee:
Peter Lee loves to write, loves music and loves to write about music. The son of an English professor and a librarian, he was headed for a career in science when a friend invited him to join the newspaper staff in college. The writing bug bit him and he changed his major, graduating from Berry College with a degree in journalism. He also holds a master’s degree in communication from Georgia State University.

Lee’s life also changed in 1980, when he first heard the strains of “Hey Jude” coming from a record player just weeks after former Beatle John Lennon was gunned down. He became a Beatles fanatic, learning all he could about the four as a group and as solo artists. His novel, The Death and Life of Mal Evans, is the product of his love and appreciation for the group and has taken more than 10 years to write.

A former journalist, Lee maintains a blog, Hooks and Harmony (www.hooksandharmony.com), which has been in publication since 2008. The site is dedicated to 80s music and melodic pop music very similar to the four lads from Liverpool. He and his wife have two children, both of whom prefer the Beatles and Queen over Justin Bieber and Kanye West.

What inspires you to write?
Music inspires me to write. I maintain a blog, Hooks and Harmony, and any time I hear a song a like, or feel something related to music, I feel compelled to get out the computer and write.

Tell us about your writing process.
I was a former journalist, so writing from my head comes pretty easily. I learned not to agonize over phrases and sentences, but just type. Editing is a much easier process, and I edit heavily. The important thing is to get the thoughts down.

For Fiction Writers: Do you listen (or talk to) to your characters?
I don’t talk to them, but I watch them a lot. When I’m in a scene and write some dialogue, I’m always cognizant of each character’s reaction to what that person might say. I develop my personas pretty well, so I can get in their head pretty easily and gauge what they’re going to say. That makes the plot move along easily too.

What advice would you give other writers?
Read. Write. A mentor told me once, “If you don’t write, you’re not a writer.”

How did you decide how to publish your books?
I first tried the traditional route going to agents, but got nowhere quickly. After about 20 rejections I started exploring self-publishing. I knew a lot of people did it, and I thought it would be an easy process. It’s easy to do it badly, but to create a quality project takes a lot of time and a lot of money. Marketing is by far the hardest (and most frustrating) part. It’s truly a labor of love.

What do you think about the future of book publishing?
I think we’re there. Anybody can publish anything at any time. The industry will continue to grow and get more crowded, so it will be more like Twitter – people screaming about books that they have, and no one listening. It will take some pretty savvy marketing to get a book to go viral and capture the public’s fancy.

What genres do you write?: music, alternate history, nonfiction