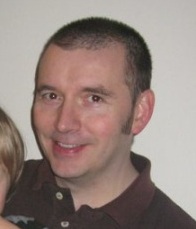 Author Bio:
Paul Stuart Hayes was born and raised in South London, but now predominantly lives in Ireland with his wife and two children. He has always had a penchant for writing but until recently work commitments were constantly getting in the way of his creativity. When he lost his job in 2011 it gave him the impetus he needed and he completed his first book, ‘Requiem for Sherlock Holmes’ within a year. He chose to write Sherlock Holmes stories as the works of Sir Arthur Conan Doyle have been with him from a very early age (his father being responsible for introducing him to the great detective) and it seemed to be the perfect setting to start with.

His greatest challenge whilst writing was making the stories fit into the world that Conan Doyle had so expertly created and that they did not contradict anything previously written by the original author. To achieve this, a great amount of research was needed and the end result is something that pleases Paul greatly.
Although he is currently hard at work writing the follow up to ‘Requiem for Sherlock Holmes’ he has found time to pen introductions to ‘The Theatrical Sherlock Holmes’ and ‘Mysteries and Adventures’, both published by Hidden Tiger books and available at Amazon sites across Europe and America. He has also submitted pieces for both volumes of ‘You & Who: Contact Has Been Made’, two Doctor Who themed books available from Miwk Publishing.

What inspires you to write?
I write stories for my own enjoyment (and sanity) as much as anything. If somebody likes the finished product it is a wonderful bonus. To hear people talking favourably about my work makes the long hours sat, bleary-eyed, in front of a computer screen worthwhile and encourages me to do more.

Tell us about your writing process.
My first book was completed with little to no planning but luckily the stories poured out with very little staring at a blank Word document. It was pleasing that it was written ‘on the fly’ as it were and the storylines hardly changed at all during the editing. Sometimes it’s good to write blindly as some surprising things can rise to the surface during the process.
The book I am currently writing is more of a structured affair. This is mainly because I held off from writing it for so long that it was nearly complete in my mind before I even sat down to it.

For Fiction Writers: Do you listen (or talk to) to your characters?
I don’t talk to my characters, but as Holmes and Watson are established characters I usually hear their voices (more often than not coming through as actors Jeremy Brett and Edward Hardwicke) when I read back what I have written. If I cannot envisage Holmes and Watson speaking my words, I have to change them.

What advice would you give other writers?
Keep writing and don’t give up hope. I know it can be hard finding time to write, what with work and family commitments but the end result makes it all worthwhile (no matter how long it takes).

Also, don’t be like me and take a year off from writing after publishing your first book. I wanted to catch up on the growing pile of books to be read and I struggled to get back into the swing of writing afterwards.

How did you decide how to publish your books?
I’ve got a feeling that if I had tried to find a publisher at the start of this journey, one rejection letter would have been enough to make me give up on it. For this reason, self-publishing seemed to be a more attractive option. Unfortunately I knew nothing about self-publishing but I was lucky in that my brother had recently published a collection of short stories written by a relation of ours in the 1920s, ‘Tales from the Moonstone Inn’. I was pleased to be able to leave the typesetting to him as being a complete novice at it I know it would never have turned out as well if it were left to me. Also, with him having been involved in publishing and design for many years, he was able to help me with the editing as well as designing the marvellous cover for it.

I think everyone should do what they think is best for them personally. I would however recommend self-publishing to those starting out, but always involve someone whose judgement you trust to act as a sounding board during the writing process.

What do you think about the future of book publishing?
I think independent publishing is coming into its own now. Thanks to the likes of Kindle and Kobo, an author doesn’t necessarily need to seek out a publishing deal. Thankfully, indie authors are slowly gaining the recognition they deserve as, in the most part, their output is every bit the equal of their established rivals. Of course, we are unlikely to match the sales figures of J.K. Rowling or Dan Brown but most of us are not in it for the money. We are just pleased to get our story out there and are thrilled when someone likes it.

What genres do you write?
Crime, Mystery and Suspense