You are here: Home / Interviews With Authors / Interview with Author – Nikki Nelson-Hicks 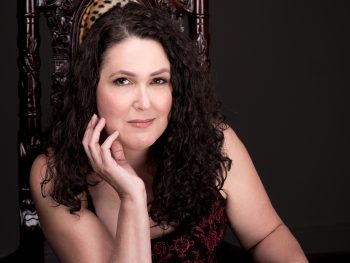 About Nikki Nelson-Hicks:
Nikki Nelson-Hicks born in Nashville, TN but lived in California, Budapest, Muscat and stopped in a half a dozen places in between; she doesn’t really call any place home.

She’s married to a former USMC Sniper who currently does Roman reenactments, so her garage looks like the set of Spartacus vomited in there. She two adult children. One of them is a professional illustrator and the other one is doomed to be as weird as his mother. She shares her domicile with five cats and two dogs; two Roombas have choked to death on their fur.

She is a writer of a fistful of genres. She’s written horror, adventure, steampunk, mystery, and has one Sherlock Holmes story under her belt (but two others in the making). Much like her past, she doesn’t settle in one trope for very long. Imagination is a big place, why settle for one story?

What inspires you to write?
What sparks my little gray cells can be something as simple as a question: “What would a Guardian Angel do if the person it was assigned to was evil?” or “Why did Pangea separate? What caused tectonic plates to move? Earthquakes? Aliens? CTHULHU??” “Why did all the women in Poe’s life die?”
As you can tell, my brain tends to gravitate to the weird. I like weird. The more fantastic, the more fun.
The greatest compliment I have ever received was when someone told me they were reading my Sherlock Holmes story while riding the bus home from work and was so engrossed in the story, they missed their stop and had to take the whole route again.
My stories are there to entertain. I write to give people a diversion, something to fill the void while riding on the bus, waiting in a doctor’s office, or sitting on the toilet. The world is a hard, scary place and the highest aspiration for a story is to provide comfort and give people the chance to see the world as maybe it SHOULD be instead of what it is.
And, maybe, that little bit of insight can change a person’s world for the better.

Tell us about your writing process.
Every story I start (whether I finish it or not) gets a journal. It's like a womb. That is where I begin just asking questions as a way to build a skeleton, a frame for the story. And, if the skeleton holds, I can start throwing meat on it and from that eventually form a story.
I have shelves full of journals that house unfinished stories. An army of word golems, waiting to be born.
In a way, I am a hybrid of outline and pantser. As long as I know the beginning and have a pretty good idea of the ending I'm aiming for, all that wibbly wobbly stuff in the middle eventually gels into something solid.

For Fiction Writers: Do you listen (or talk to) to your characters?
I like to take the God View and put my characters in situations and watch how they react. It's amazing and rather revealing about certain aspects about myself or things I wish I was better at.

What advice would you give other writers?
Write stories you want to read. It's trite, I know, but it's true. It's a lesson I've had to learn. I look at the market and think, "I should write Christian Romance (even though I am not Christian and despise Romance) because it is such a hot market!" It would kill whatever spark I had inside of me. It DID! I remember in College and having to write literary lofty themed stories to placate my professors. It constipated me. Write what you want to read. And, for God's sake, have fun with it! You're going to be stuck inside that world for months. Make it a place you want to play in. Be proud of your creations even if no one outside a handful of people ever reads it. You created something out of NOTHING. You've molded a world, birthed people who were not there before you set your pen down to paper (or clicked your keyboard). That's magic, my friends.

How did you decide how to publish your books?
My first published stories were through a small publishing house, Pro Se Press. It publishes hundreds of titles, primarily pulp stories. Action, adventure, detective stuff. When the rights came back to me, I decided to re-release them with new artwork and new editing through my own house, Third Crow Press, mainly because my stories were getting lost in the river of stories Pro Se put out. Also, I have more creative freedom by publishing myself. However, there is one huge downside: everything comes out of your pocket. Artwork, editing, publishing costs. It can become a very expensive endeavor.
My advice to anyone publishing with a small press is to READ YOUR CONTRACT. If the house doesn't "do contracts", RUN LIKE HELL. A Contract protects you as well as the publisher. As much as this is an art, writing is also a business. Treat yourself as a business.

What do you think about the future of book publishing?
I think it is at a very exciting stage! The Big 5 have to contend with the fact that there are other just as worthy authors out there.
However, there is a huge scary side to this as well. Publishing a book is now TOO easy. Authors scrimp and cut corners by not hiring editors or paying for layout designers and artists for their covers.
PAY YOUR ARTISTS.
However, do I think publishing will ever die out? Not a chance. Humans are a storytelling race. We need stories more than we need food to stay alive.

What genres do you write?: Horror, Adventure, Mystery, Steampunk