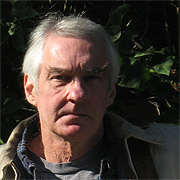 About Neil McMahon:
Neil McMahon has published a dozen thrillers, including (co-authored with James Patterson) the #1 NY Times bestseller, TOYS. He holds a degree in psychology from Stanford, and is a journeyman carpenter, with many years spent working construction. His wife, Kim, coordinates the annual Montana Festival Of The Book. They live in Missoula, Montana, with the world’s noisiest cat, Emma (named by their daughter after a Spice Girl).
He has always loved supernatural fiction, and his first three novels, written in the 1980s, were in that genre. Now in 2015, he’s just released a new supernatural horror thriller: THE SHADOW KIND, evoking the haunted New England of H.P. Lovecraft.

What inspires you to write?
I think we all have the urge to express ourselves–our deeper thoughts and emotions that aren’t usually on display–and my own nature drew me to writing as a means. And I’m certainly not immune to more mundane factors, like the hope of making money. But here’s another reason, maybe more unusual–there’s a Peter Pan part of me that never grew up, that wants to believe in and practice magic. Typing black squiggles on a page, and moving them around in a way that creates images and emotions in the mind of someone who looks at those squiggles, is the closest I can come to that. It’s an endless mystery that keeps getting deeper.

Tell us about your writing process.
I dearly wish I was better at winging it, but I’m doomed to slog through writing outlines and keeping journals to organize thoughts before I can actually start the fiction writing process. I start with rough ideas of characters, and those tend to refine themselves as I go, usually through several or many drafts. Re technique, I use an old-fashioned trick I learned long ago. Summarize each scene on an index card, just a couple of words so you know what it is. Arrange them in order on a desk or table. This will quickly show you gaps, discrepancies, etc, and of course they’ll change as you progress. Also make copious notes on notepads or post-its–keep blanks always handy, including in bed. Then periodically go through the notes, stack them with the appropriate scene index cards, paperclip them together, put them in order–and when you start to write the scene, pull out that packet and you’ve got a bunch of notes to get you going. Works pretty good.

For Fiction Writers: Do you listen (or talk to) to your characters?
I talk to MYSELF a lot–just ask my wife. I don’t exactly think of talking with characters, but they definitely come alive in my mind. And I suppose I do listen to them, because fairly often they’ll say or do things I hadn’t planned, which turns the story in an unexpected direction. This is usually a good sign–means you’re tapping into that mysterious process where the story is telling itself and you’re recording it, rather than you forcing it.

What advice would you give other writers?
To paraphrase the great Raymond Chandler, sit alone in a room at least 4 hours a day. Don’t talk on the phone, text, email, have the TV on, etc–just stare at that screen. Stick with it, even and especially if you get discouraged. Chances are that means you’re becoming more critical of your own work, which will ultimately improve it. The flip side is, don’t spend forever on a project trying to make it perfect. Try to pick the point where it’s as good as you can get it within reason, and then move on.

How did you decide how to publish your books?
When I started writing novels in the 1980s, home computers were still brand new and self-publishing like today’s was unknown. The only choices were mainstream publishing houses, mostly in New York, or old-fashioned vanity presses where you paid a hefty fee. Thus I focused on mainstream and stayed in that world for the next couple of decades. It has a lot of advantages, but also constraints, and getting a book accepted is very difficult. These days, I’m delighted to have the self-publishing option–it’s much simpler, more immediate, and you have much more control. The main downsides are that you don’t have a pub house machine doing PR, and you may not make much or any money. Advice to new authors? Give mainstream your first shot. If you can get an agent and a book deal, that’s a great start, and it will be very educational. But don’t give up if not–I’ve got a boxcar full of rejection letters, as do most of the writers I know. Publish the book yourself and try again with the next one.

What do you think about the future of book publishing?
I know very little about this, but near as I can tell, ebook publishing is much more of an addition to mainstream than a replacement, as was feared a few years back. The big NY houses seem to be doing fine–if anyone’s getting hurt, it’s probably smaller brick and mortar booksellers, which is a real shame because they’ve traditionally been writers’ best friends. In any event, the e-horse is out of the barn, and the up side is that so many more books are so easily and cheaply available to just about everyone.

What do you use?: Co-writer, Professional Cover Designer

What genres do you write?: Mainly thrillers, both mainstream and supernatural. One YA novel, semi-fantasy and humorous. One mainly humor novel.