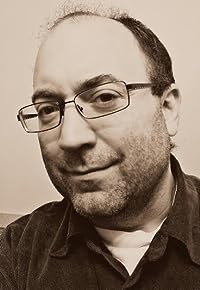 Author Bio:
A technology lover from a very young age, Michael Raymond’s first computer was a VIC-20. All the way back in 1982 his father managed to learn the lesson that if a cool piece of tech was on sale, it was probably outdated. Within a couple of weeks the VIC-20 was exchanged for a Commodore 64 and it was on that machine that Michael fell in love with programming in BASIC, and eventually found himself coding in assembly.

Years before that first (and second) computer, Michael had been introduced to the Berenstein Bears, the collective works of Richard Scarry, and many other fantastic children’s books. He loved to discover interesting characters and see what adventures befell them. Most of all, he loved to learn about the wide world outside through the fictional lives of those characters on the page.

Michael’s worlds of technology and books came together for the first time when he discovered the game “Below the Root,” which stems from the fantastic Green Sky Trilogy by Zilpha Keatley Snyder. The game had deceiving emotional depth to its story and incredible, original gameplay considering the limitations of the Commodore 64 platform it was coded for. It planted a seed in his mind. He wanted to be able to give the experience he’d just had to others–to create characters and worlds that would make people laugh, and cry…and think.

What inspires you to write?
My brain is constantly showering me with thousands of what-ifs. Sometimes these present themselves as self-doubt, anxiety, or manifest in other ways, but often they’re just asking a basic question: What if notes played on a guitar somehow were transmitting electrical impulses into someone’s brain? What if someone’s bodyguard were brainwashed to kill them? My drive to write comes from stumbling across an interesting question that I can actually give a convincing (and hopefully surprising and compelling) answer to.

Tell us about your writing process.
By my very nature I am a seat-of-the pants writer who likes to start with a jumping-off point and write the most compelling scene I can until even I am surprised where we end up. The problem with that is I tried it for years and my plots meandered, characters never developed. Now what I do is force myself into a framework. It doesn’t matter whether it’s a three-act outline, Hollywood formula, MICE quotient, etc. I’ve literally taken a book I loved and broke it down chapter by chapter, grafting my plot and characters into that author’s outline.

The important thing is to START with the outline. Then I can allow myself to be (mostly) free to meander, knocking down parts of my foundation, reshaping others, etc. By the time I’m done I have something that only vaguely resembles my starting point, but still has the basic qualities necessary for an interesting story to be truly satisfying.

For Fiction Writers: Do you listen (or talk to) to your characters?
Because I start just about everything with a “what if” it probably won’t come as a surprise that my relationship with my characters involves me doing quite a bit of listening and very little talking. On first drafts I find I’ve done far too much of the talking and the characters are either all too similar or else behaving out of character in some key way. Empathy is a crucial skill to develop compelling characters that are unique from one another (and from yourself). I am writing my best characters when I remember who they are are people, remember to think like they they think and figure out how they would react and what they would do next.

An interesting point I’d like to add: sometimes I take this methodology to the extreme. Let’s say I absolutely NEED a character to do something in order to move the plot forward, but I know it’s absolutely out of character for them to do it. At that point I often find myself puzzling over what I missed (in the story). Meaning: They wouldn’t do X but they did X, so there must be something else going on in their world that I’m not aware of, and if I can figure out what that is I’ll be able to understand why they did it. Those moments can be magical, because as an author if you can come up with something complex and believable that YOU find surprising, chances are your readers will be just as surprised.

What advice would you give other writers?
There is so much advice for writers out there, but most of the best advice boils down to this: Writing is hard, it takes way more practice than most new writers think. It takes revisions upon revisions and edits upon edits, no matter how good you think your first draft is (and believe me, I am familiar with that particular arrogance), learning all new skills (e.g. online marketing), and generally doing lots of things that are far less fun than the writing itself.

Once you understand that, and you won’t let yourself be stopped by rejection or failure, no matter how many, then the most important piece of advice I can give you is this: Learn from your mistakes. Specifically, figure out what you can do differently to improve your chances next time. As long as I can figure out how to improve things so my next attempt has a better chance, I don’t even give up. Neither should you.

How did you decide how to publish your books?
I’ve done no networking in the publishing industry, haven’t attended any conventions, and I’m generally a little awkward around people I don’t know, so the traditional publishing route seemed kind of scary and unattainable to me. I also didn’t like the weeks and months between rejections. If my craft isn’t good enough, I want to know right away so I can improve it.

Self-publishing (as I have done with Kindle) was daunting in a completely different way. There was no division of labor: I needed to coordinate everything from the writing to the promotion, to the book cover and editing process. In a sense I was lucky because I have a technical background and have worked in online marketing before. I kind of had a sense for the TYPES of things that I needed to do, and I read blogs and books by other authors about their experiences to try to fill in the blanks as best I could.

I still think there are advantages to traditional publishing, but there are also trade-offs. You often do not get to select your book cover (or even the artist), you don’t get get to choose how to handle the marketing, and I’ve heard of more than a few authors who felt like they were abandoned by publishers who failed to market the title after the initial release. In that respect, if you’re handling these things yourself (and you have the knowledge and skill to do so effectively) at least you can be sure they’re being done right. In other respect, the actual “writing” part of your job (the fun part) gets even smaller.

I think the traditional publishing route is best for those who are patient, or who do not have or desire to learn the broader skills needed to go “indie.” For everyone else–especially those who have been rejected many times despite having what they know is a fantastic manuscript–the self-publishing route may not lead to riches, but it can certainly lead to artistic validation. And maybe riches too, who knows 🙂

What do you think about the future of book publishing?
I don’t think it’s entirely clear yet. Obviously there is a strong need for gatekeepers. Without them, the market becomes flooded with low-quality books. The web is like this with websites, but the search engines have become the gatekeepers. Certainly they are imperfect. They can overlook true gems and they can sometimes be tricked into allowing highly questionable sites to the top of the lists, but the same could be said for traditional publishers.

It may be that Amazon reviews will be the new gatekeepers, or maybe Google, but my best guess is that the world will fragment into smaller communities and everyone will have their favorite gatekeepers. I think that will likely include traditional publishers on some level, as they’re still the only ones with a complete ecosystem for authors. An author needs editors, distributors and the like just as a professional racing driver needs a pit crew. There’s an incredible value there that I haven’t seen Amazon or others replicate yet.

What genres do you write?
Young Adult / Science Fiction