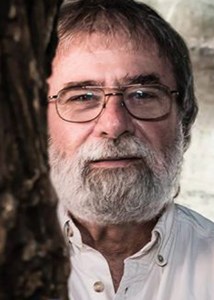 About Michael Haskins:
Michael Haskins writes the Mick Murphy Key West Mystery series. He was born and raised outside of Boston and became interested in journalism while still in high school. As an ‘office boy’ at the old Hearst paper, the Record-American/Sunday Advertiser, he learned the trade from the bottom up. “I learned more about being a journalist at the Record than I ever did at college,” he’s quoted as saying in an interview.

After a stint at ABC-TV in Hollywood, Haskins moved to Key West, Florida about 20 years ago to be the daily paper’s business editor/writer. Five years later he left the paper to become the city’s public information officer.

Today, Haskins sometimes does reporting for Reuters News Service in Miami, but mostly he writes fulltime.

What inspires you to write?
Since reading a Hemingway short story in the 9th grade, I have always wanted to write. The desire to tell a good and interesting story, one that often tweaks the uniqueness of Key West, challenges me to make it fit the island’s culture and history, often drives me from page one to ‘The End.’

Tell us about your writing process.
I know how my book begins, think I’ve figured out the middle and know the end. This is all true until while writing my characters takeover! Writing is a lot life daily life, it’s full of surprises, disappointments and challenges. I keep chapter notes that I use as a guideline while writing. I also keep index cards with bio info on my characters. No good giving Murphy green eyes early on only to change them to blue at the end.Readers catch that stuff! I also keep a daily word count, dateline, and put the time of year at the head of the columns. I also keep chapter days and times recorded. When I wonder after a long weekend, what day did I leave off, all I have to do is check the wordcount.doc and it’s all there. Again, even in the Keys, January is cooler than June, and that’s important for what the characters wear.

For Fiction Writers: Do you listen (or talk to) to your characters?
As I said above, the books characters takeover writing the book before it’s half done. I have a sign in my writing room: “Writer’s Bloc: When your imaginary friends won’t talk to you!” Fortunately, so far I’ve avoided writers bloc because my characters talk and argue with me much too often. Another reason is my journalist background. No one in the hey day of journalism ever went to an editor and said he/she had writers bloc. The editor would boot you down the stairs and tell you to write the damn story. Using, of course, more colorful language.

What advice would you give other writers?
From my high school years till now, I read books on how to write. After all these years of doing that, to me, the only book anyone needs to read is Stephen King’s “On Writing.” Lots of good advice. His best advice, and I am a believer in it and was before I read the book, is that writers must read! Read as much and as often as you writer. Hemingway said the same thing years before. Read and figure out why an author impresses you or disappoints you and learn from both. Write daily and read daily. I usually write in the mornings and read in the afternoons.

How did you decide how to publish your books?
My first three books were published traditionally with a small publisher. Great people and very supportive. When my forth book was done my third hadn’t been published yet. The publisher wanted the fourth book. It would be at least 16 months to two years before it came out. But I think the deciding factor was money. I wanted a larger advance. They said no. Writer friends of mine in Mystery Writers of America, in Florida were entering the “independently” published realm and making money and keep control of the book. I listened to them, had the book professionally edited, a professionally designed cover and published an eBook and trade paperback copies.The cost was a little less than $500 and I made that back in sales within a few months from Kindle. Kindle also pays after sixty days, unlike traditional publishers. Most of my sales today are eBooks. I’ve never regretted my change.

What do you think about the future of book publishing?
As stated above, my sales are mostly eBooks, though my books are available as trade paperbacks on Amazon and can be ordered at bookstores. Amazon/Kindle gives me daily accounting of my sales and monies earned and pays within sixty days. Traditional publishers are way off in the accountability area. Until they deal more openly with writers, I believe the trend for established writers is to go independent – as has happened in the music industry. My royalties are larger and paid often, where a traditional publisher pays (maybe) twice a year and I know of no writer that has ever understood his/her royalty statement. There will always be book publishers, but they are going to be smaller and need to get into believing they are partners with the writer, not the boss man.

What genres do you write?: Mystery/thriller