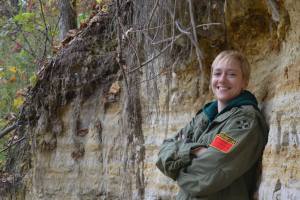 About Melody Taylor:
I’ve been writing for well over twenty years now, and the only job I ever wanted to have was to be a novelist. One of the pieces of advice I received during my studies was to “write what you know — and if you don’t know it, go learn it.” So I have made a habit of learning how to do anything that intrigues me, thus a long list of hobbies and experiences, including horseback riding, tarot reading, belly dancing, playing drums (I was awful at guitar and piano), theology, drawing, and hypnotism. That’s not a comprehensive list by any means.
I am a bubbly and enthusiastic person, so people often ask if I write children’s books, which I do not. The stories I write tend towards a darker, edgier tone, though I do not care for horror and do not write it. Not that I think there’s anything wrong with horror, I’m just wussie and get too scared.
I hope my books might become your friends, the way some of my favorite books have become mine.

What inspires you to write?
I began reading at a very young age, and began reading at a high level not much later. I adored books and spent most of my time as a child with my nose buried in one, or at the library searching for the next great story. When I started middle school, I made friends with another book lover. After we’d gotten to know each other a little, she gave me some short stories she’d been writing to read. I thought they were a school project or something, but no, she’d just been writing silly stories because she liked to.
Mind. Blown.
All I could think was, “You can do this? This is how we get books, someone just writes down all the weird ideas in their head?” I went straight home and started writing and haven’t stopped since.
I had writer’s block for two years a while back, and it was horrible. Physically painful, even. I was depressed. I felt pointless. I finally managed to get back to putting words on a page, and there was an instant lift to my whole being. If I am not writing, I am not okay. I wake up in the morning excited to get to the next scene, the next story, the next hurdle for my characters to jump over.

Tell us about your writing process.
I started out writing by the seat of my pants, and it took me almost two years to write a rough draft and even longer to edit. Five years for one book is not good, and the rough draft wasn’t pretty in the first place.
I tried outlining one book just to see what would happen, and I loved it right away. The process became smoother, quicker, and the rough draft was something that only needed some polishing, not total re-writes or huge chunks of time devoted to adding or subtracting large bits of material.
I thought that the plotting way of laying a book out would be stifling, but I found it to be exactly the opposite. It allows me to jump from idea to idea quicker, and if I think of something I want to add, I can pull out my outline and see right away where a good place to add it might be and pencil it in. I started with giant sheets of drawing paper to outline on, then moved over to my word processor, which I’ve been using for so long it just feels like part of me now.

For Fiction Writers: Do you listen (or talk to) to your characters?
I will actually sometimes take out a pen and a notebook and start a dialogue, like so:
“Hi, Ian, how are you?”
“I’m okay, but you need to know that scene where I’m drooling all over some cute girl right after Kent gets murdered is pretty unrealistic. I might glance over and be distracted, but not like that.”
Or if I’m alone on a walk, I will talk to myself in first person in my character’s voice:
“I really hated college. I felt unchallenged and uninspired there. I liked it better when I started out on my own, in that cute little apartment with all the landlady’s cats.”
Yes, my neighbors think I’m a nutcase.

What advice would you give other writers?
Read. Write. Read. Write.
I’ve heard some writers say they don’t read because they don’t want their voice to be influenced — that’s EXACTLY why I read! I want my author’s voice to develop, to take on tones of the greats, to change and grow and become better and better.
I could see not reading while you have a rough draft in progress, but how can you stay on top of your craft if you’re not immersed in it?
Read writing books, any you can get your hands on, and read them until you know them inside and out. Take apart why you think the advice works, why it might not in certain situations, if you agree with it or don’t, try it even if you disagree with it, experiement. Play. Write.

How did you decide how to publish your books?
I started out shopping my first book to several publishers and began getting some nibbles, but I was impatient. I self-published my first book using a POD press that’s probably defunct now. That was in 2001. I sold about 200-300 books that way, so not awful, but it was obviously not a good way to do things. I had started a sequel to my first book and gave up on it, realizing I couldn’t keep self-publishing and no publisher would want the first book or the sequel after me monkeying with self-publishing. So I started another book, and right as I finished that, self-publishing became viable through the ebook movement.
I had been having serious reservations about working with a publisher as I wrote my third book and tracked the market, and it had begun to look to me like being an author was not a realistic career goal even if I were to break in. The self-publishing revolution was a huge relief to me, and I knew immediately that I wanted to go that route. I have always had an entrepeurnurial spirit and the idea of taking control of my own books, making my own decisions with them, and having only me to rely on was instantly appealing. I’m not making a living at this yet, but I can’t say I have any regrets — or any doubts that I eventually will make a living at this.

What do you think about the future of book publishing?
I’m absolutely crap at predicting anything. When ebooks first came out in 1998, I thought they were a horrible idea. And sure enough, no one bought them. When the Kindle and Nook came out, I thought, that’s dumb, ebooks are horrible. I thought for sure the trend would die in a year or two. Instead, it’s been a revolution. I forgot why ebooks were horrible — reading on your computer is horrible. Remove that, you’ve got an idea.
So where do I think the future of publishing is going? No clue. I think more and more authors will self-publish, I think many of them will fail and some of them will succeed, and I think we can certainly look to the music and television industries for examples of how this will all go.