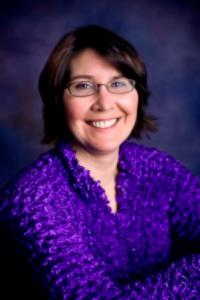 About Melissa McClone:
With a degree in mechanical engineering from Stanford University, Melissa McClone worked for a major airline where she traveled the globe and met her husband. But analyzing jet engine performance couldn’t compete with her love of writing happily ever afters. Her first full-time writing endeavor was her first sale when she was pregnant with her first child! Since then, she has published over thirty romance novels with Harlequin and Tule Publishing Group. She’s also been nominated for Romance Writers of America’s RITA® award. When she isn’t writing, you can usually find her driving her minivan to/from her children’s swim practices and other activities. She also sends care packages to deployed service members and fosters cats through a local no-kill animal shelter. Melissa lives in the Pacific Northwest with her husband, three school-aged children, two spoiled Norwegian Elkhounds and cats who think they rule the house. They do!

What inspires you to write?
Reaching “THE END” at the end of a manuscript is what inspires me to write. From that kernel of an idea that springs from so many different things to creating a world and the characters in it, there’s something fulfilling telling a story that I need to tell. I haven’t found that with any of my other jobs.

Tell us about your writing process.
I’m a former engineer so my writing process is very left-brained. I’ll sketch out a brief outline or synopsis so I have a basic idea of the plot points. I use either Blake Snyder’s Save the Cat Beat Sheet or Michael Hauge’s Story Mastery. I love using screenwriting tools, very clear and to the point!

I write the first three chapters, then I’ll go back to the synopsis now that I have a better idea of the characters and see who things fit together now. Then I skip the middle and write from the black moment to the end. I need to know where I’m going. Then I go back to the beginning and start over. The ending usually stays pretty close to what I originally came up with though that first pass is very, very rough! Usually dialogue and a couple lines of narrative.

For Fiction Writers: Do you listen (or talk to) to your characters?
I don’t talk to my characters. I have yelled when they misbehaved, but they ignore me (a lot like my cats!) I do, however, listen to them. Often I have an idea how something should go and they disagree. Their way of showing me I’m wrong means doing what they want and ignoring my synopsis. It’s pretty funny (and annoying) when they take charge. The story suddenly goes off the rails, but I soon (and sometimes not so soon) realize I was the one who was off!

I remember a hero who wanted to do things his way. He was a bad boy prince so I should have expected this. But I got to the point of wanting to kill him because he was making the process so difficult by not doing what I wanted in the plot. Of course, he was correct!

What advice would you give other writers?
Write every day. That’s the best advice I can give. Social media and all the things people tell you that you should be doing will only take away from writing time. You might have the best author platform in the world, but you need to have words on the page that you can publish. The more you write, the better your writing will get.

How did you decide how to publish your books?
I published a long, long time ago, back when ebooks didn’t exist and traditional publishing was the only way to see your books for sale unless you wanted to go through a vanity press. I was a reader who thought I could write a book. Easier said than done, but I discovered my passion and persevered to reach my dream. I spent nine years getting rejections until I finally got the call from Harlequin. (And that book spent seventeen months on the senior editors’ desk before buying it!)

More options exist now for new writers, so I would suggest they explore the one that fits their goals best. I was a category romance reader so my goal was to write for Harlequin. But I’m excited to be writing digital first stories and looking forward to self-publishing at some point.

What do you think about the future of book publishing?
I think it’s an exciting time for book publishing. Authors have so many more opportunities than before. Traditional, hybrid, indie! That’s awesome because we can pick what suits us best. There isn’t only one way. It’s your way!

Just reading about the new distribution deal between Barbara Freethy and Ingrams shows how the industry and rules are changing. I can’t wait to follow what happens and see if this eventually opens a pathway for more indies to get into brick & mortar stores without having to give up digital rights to do so.

What genres do you write?: Romance