You are here: Home / Interviews With Authors / Interview with Author – Matthew J. Pallamary 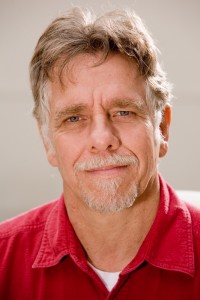 About Matthew J. Pallamary:
Matthew J. Pallamary’s historical novel of first contact between shamans and Jesuits in 18th century South America, titled, Land Without Evil, was published in hard cover by Charles Publishing, and has received rave reviews along with a San Diego Book Award for mainstream fiction. It was chosen as a Reading Group Choices selection. Land Without Evil was also adapted into a full-length stage and sky show, co-written by Agent Red with Matt Pallamary, directed by Agent Red, and performed by Sky Candy, an Austin Texas aerial group. The making of the show was the subject of a PBS series, Arts in Context episode, which garnered an EMMY nomination.

His nonfiction book, The Infinity Zone: A Transcendent Approach to Peak Performance is a collaboration with professional tennis coach Paul Mayberry which offers a fascinating exploration of the phenomenon that occurs at the nexus of perfect form and motion, bringing balance, power, and coordination to physical and mental activities. The Infinity Zone took 1st place in the International Book Awards, New Age category and a finalist in the San Diego Book Awards. It has been translated into Italian by Hermes Edizioni.

Eye of the Predator was an Award Winning Finalist in the Visionary Fiction category of the International Book Awards. Eye of the Predator is a supernatural thriller about a zoologist who discovers that he can go into the minds of animals. His quest for the truth leads him into a murky world of magical plants and ancient shamanic rituals that ultimately bring him face to face with the enigmatic mystery of his past.

CyberChrist was an Award Winning Finalist in the Thriller/Adventure category of the International Book Awards. CyberChrist is the story of a prize winning journalist who receives an email from a man who claims to have discovered immortality by turning off the aging gene in a 15 year old boy with an aging disorder. The forwarded email becomes the basis for an online church built around the boy, calling him CyberChrist.

Phantastic Fiction – A Shamanic Approach to Story took 1st place in the International Book Awards Writing/Publishing category. Phantastic Fiction is Matt’s guide to dramatic writing that grew out of his popular Phantastic Fiction Workshop. It incorporates elements of shamanism that have formed the basis for Joseph Campbell’s legendary Hero’s Journey. Through his research into both the written word and the ancient beliefs of shamanism, Matt has uncovered the heart of what a story really is and integrated it into core dramatic concepts that have their basis in shamanism.

His memoir Spirit Matters detailing his journeys to Peru, working with shamanic plant medicines took first place in the San Diego Book Awards Spiritual Book Category, and was an Award-Winning Finalist in the autobiography/memoir category of the National Best Book Awards, sponsored by USA Book News. Spirit Matters is also available as an audio book.

Matt’s work has appeared in Oui, New Dimensions, The Iconoclast, Starbright, Infinity, Passport, The Short Story Digest, Redcat, The San Diego Writer’s Monthly, Connotations, Phantasm, Essentially You, The Haven Journal, and many others. His fiction has been featured in The San Diego Union Tribune which he has also reviewed books for, and his work has been heard on KPBS-FM in San Diego, KUCI FM in Irvine, television Channel Three in Santa Barbara, and The Susan Cameron Block Show in Vancouver. He has been a guest on the following nationally syndicated talk shows; Paul Rodriguez, In The Light with Michelle Whitedove, Susun Weed, Medicine Woman, Inner Journey with Greg Friedman, and Environmental Directions Radio series. Matt has also appeared on the following television shows; Bridging Heaven and Earth, Elyssa’s Raw and Wild Food Show, Things That Matter, Literary Gumbo, Indie Authors TV, and ECONEWS. He has also been a frequent guest on numerous podcasts, among them, The Psychedelic Salon, and C-Realm.

Matt has received the Man of the Year 2000 from San Diego Writer’s Monthly Magazine and has taught a fiction workshop at the Southern California Writers’ Conference in San Diego, Palm Springs, and Los Angeles, and at the Santa Barbara Writers’ Conference for twenty five years. He has lectured at the Greater Los Angeles Writer’s Conference, the Getting It Write conference in Oregon, the Saddleback Writers’ Conference, the Rio Grande Writers’ Seminar, the National Council of Teachers of English, The San Diego Writer’s and Editor’s Guild, The San Diego Book Publicists, The Pacific Institute for Professional Writing, and he has been a panelist at the World Fantasy Convention, Con-Dor, and Coppercon. He is presently Editor in Chief of Mystic Ink Publishing.

What inspires you to write?
Write for the love of it!

This is what Ray Bradbury preached every time he kicked off the Santa Barbara for thirty seven years and like pretty much everything else he has espoused, this message carries great wisdom.
Because it is so easy, too many inexperienced people think they can write and publish the next best seller, which only muddies the waters more and sets them up for heartache and disappointment when their books don’t sell.

Tell us about your writing process.
From Chapter Five of “Phantastic Fiction – A Shamanic Approach to Story

The very word brings fear and loathing to the hearts of the uninitiated because of the negative conditioning forced on us by the academic establishment. Many professionals swear against outlines, and insist on “winging it” without one, but chances are they either have the ability to organize the information in their minds, or they use what has been called a “cluster outline”, which is essentially a mass of ideas circled and connected by lines.
Regardless of the philosophy, outlines are useful organizational tools that give coherence, structure, and focus to your work, providing a skeleton and a map that are essential for a tight, well-constructed story.
An outline provides an organized structure of your thoughts that follow a set of rules that define it as a story. If you do not follow the rules, it will not be a story.
A word about rules.
There are none.
In the beginning it seems like all you hear about are rules. Point of view, tense, scene setting, characterization, description, show don’t tell, etc., yet in essence, there are no hard and fast rules. What there is, is technique, innovation, and above all structure.
Once you learn what are considered “rules”, you can transform rules into tools and the more you utilize them, the more liberating they become. There is not one single story telling problem that cannot be solved by being creative in your use of proven fiction writing techniques.
The whole breadth, texture, and interweaving of the tapestry that ties a story together makes it like a giant puzzle, except you get to craft your own pieces. This is the part — the big picture, where an outline can be invaluable.
Initially it can be nothing more than the mass of your ideas and research all put together, written in free flowing, stream of consciousness. It doesn’t have to be highly detailed and the ideas do not have to be fully formed. If there’s a scene bubbling around in your head that’s dying to get on the page, condense it down to a key phrase, a snatch of dialogue, or a brief description. Think of this snippet as a tab on a file in your mind that will produce the whole file when you pull up on it.
Hold off on the actual writing until the time comes to allow your subconscious to do what it does best. Give it time to cook. More often than not, your subconscious will toss up bits and pieces of what it’s cooking. Take the tidbits, go back to your outline and jot them down, adding meat to your scenes.
When you have all your ideas accumulated in one place, you should have around ten to twenty pages. Go through it once or twice, adding details where you feel the need, then give it a rest.
Anywhere from a couple of hours to a day or a week will do. Whatever feels best to you. When you can’t hold yourself back any longer, pick it up again and give it a look from the standpoint of dramatic structure. What is the best way to present your information?
Continue working at it however many times you feel is necessary, refining what you have until you’re comfortable with it and you’ll have a working outline. One that is not set in stone. It will be the map to keep you heading in the direction that you want to go.
At this point you may not have a clear vision of the ending, or for that matter, the details of the scenes that make up the middle. That’s part of keeping everything flexible. The more pages you get under your belt doing the actual writing, the more you will change your working outline.
As you progress in the writing, your outline will continue to change with the knowledge that accumulates as you go. By the time you reach the end, the finished product will have no semblance to what you started with. Your story, characters, situations, and relationships will unfold, growing and developing with a life of their own, like leaves and branches on a tree.

For Fiction Writers: Do you listen (or talk to) to your characters?
My characters speak up when they have something to say and it comes out on the page.

What advice would you give other writers?
Sit down and do the work, learn your craft, and do not publish prematurely with amateur work. Pay your dues by attending writers conferences. Two of the best are the Southern California Writers Conference and the Santa Barbara Writers Conference.

How did you decide how to publish your books?
After years of dealing with traditional publishers and questionable agents I am now an Indie Publisher with total control over my work on all levels. Artistically this is very gratifying.

What do you think about the future of book publishing?
Ebooks and treebooks are finding a balance which looks to be settling in to about 50/50. All the “not ready for prime time” crap that has flooded the market will shake out to some degree and the professional level work will rise to the top.