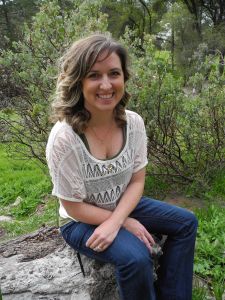 About M.D. Luis:
M.D. Luis was born and raised in California. She always enjoyed reading but was particularly drawn to the stories that captured her imagination and tugged at the heart. She finally put her own ideas to paper and released Aria in June 2014, the first book in a three part series. Her second book, Sakura, is due out later this year. She lives with her husband and three children in the San Francisco Bay Area.

What inspires you to write?
Dreams I have, music I hear or something I’ve witnessed or experienced. Often I’ll think about a scene or a character and it won’t go away until I’ve written something down. It haunts me just a bit, just enough so I’ll react, write about it and give it life.

Tell us about your writing process.
I don’t have any one way of writing. If I think of something, regardless of where it takes place in my story, I’ll write it down. I think some people try and write linearly and that’s impossible for me. Any outline I have is rough in the beginning and becomes more detailed as I go on. I add to it and revise it, continuously. Everyone has their main parts to the story and then their ‘filler’. It doesn’t matter in what order you write it. I’m also not afraid to write something that I know might get junked later. You never know where an impromptu scene will take your story.

For Fiction Writers: Do you listen (or talk to) to your characters?
I don’t talk to my characters but I do think about them as real people. I think about how they would react, what they would say etc and then sometimes I’ll have them do/say something they might not normally do. By being a bit unpredictable, they seem more like real people. Real people aren’t generic, they’re more complex than that. I also imagine things about them that I might not even write about. What music they listen to, what cologne/perfume they’d choose to wear, what kind of quirks they have…these small things help me develop other aspects of their character. I also like to develop secondary characters to poke at them a bit. It’s another way to see what kind of person they are and how they respond to their world.

What advice would you give other writers?
Don’t polish too much while writing. Just write, no matter how cruddy it sounds, and get the story out. There is always time for cleaning later.

How did you decide how to publish your books?
I chose to self-publish after two years of attempting the traditional route. I had interest in my story but no one wanted to publish it because it fell into a weird category – New Adult. I’d never heard of it. It’s basically college-lit and, according to publishers, is difficult to market. I wouldn’t discount the traditional way of publishing. In fact, I’d encourage new writers to seek it out. Just be prepared for a lot of rejection and keep self-publishing in mind as it might be your only option in the long run. It’s exceptionally hard to find a traditional agent and publisher these days but at least you can say you tried. Self-publishing is difficult too, ain’t gonna lie. You have to market and promote yourself but, for me, I had to do it. I wasn’t about to give up.

What do you think about the future of book publishing?
I think the future is already here. Self-publishing is the new avenue to pursue and the ebook is here to stay. I rarely sell a printed version of my book.

What genres do you write?: Paranormal Romance

Website(s)
Link To M.D. Luis Page On Amazon
Link to Author Page on other site