You are here: Home / Interviews With Authors / Interview with Author – Lynn Rankin-Esquer 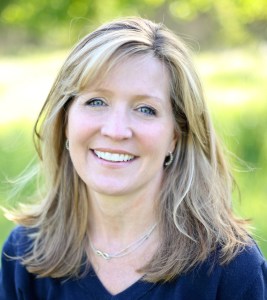 About Lynn Rankin-Esquer:
I have always been interested in why people do what they do. After graduating from Bucknell University I moved to Chapel Hill, NC where I received a M.A. and Ph.D. in Clinical Psychology from the University of North Carolina. While in Chapel Hill I discovered a love for Tar Heel basketball (it is required there!) and running (slogging actually, I’m very slow). Without getting too dramatic about it, running has kept me sane, healthy, and spiritually connected to whatever it is that is bigger than me. I spent some years in academic work (at Stanford, where I fell in love with both baseball and a baseball coach, and then at Pepperdine). While I enjoyed the precision and science of academic writing I reached a point where it was not enough to measure and quantify reality (as researchers do). I wanted to make up reality! I wanted to create characters and a world for them and watch what happened. It has been pure fun, and along the way I have also created a pretty good actual reality, having married the baseball coach and added in two kids and some pets for good measure. As Beryl Markham wrote, “Life could be better and I had made it so.”
My Young Adult book “My Paperback Cape: The Unlikely Odyssey of a Bookworm” was a 2014 Finalist in the San Francisco Writers Conference Contest and a semi-finalist in the 2014 Kindle Book Review Kindle Book Awards. I am currently at work on a second YA novel as well as a set of short stories featuring a slightly-older-than-middle-age woman and the band of misfits surrounding her.

What inspires you to write?
I want to be part of the tribe of writers. They have brought me so much joy, entertainment, enlightenment, and drama, and I want to be part of creating something like that. I feel stories bubbling up in me and there is an almost physical need to get them out into the world. Barbara Kingsolver said, “In an ordinary day, I write part of a novel, raise my kids, work in the garden, and cook a great meal. And all of those things arise from the same impulse- to make something good from scratch.” That is how it is for me, except for the gardening.

Tell us about your writing process.
I start out as a seat of the pants writer and then somewhere in the process (once I have the characters and a premise) I end up with an outline. In writing my novel My Paperback Cape and in working on my next YA novel I have found the format of The Writer’s Journey to be very useful and I have the elements of that journey on a big white board. I fill in the plot pieces that fit those elements as the story develops. That said, I am also working on a set of short stories that don’t fit any structure. They are more like a series of photographs that will hopefully hang together by the end.

For Fiction Writers: Do you listen (or talk to) to your characters?
I have found it absolutely true that the characters take on a life of their own. The things that come out of their mouths! I listen, transcribe, and try to stay out of the way.

What advice would you give other writers?
As Isabelle Allende said, “Show up, show up, show up, and after a while the muse shows up, too.”
Finish it, no matter how poorly you think it is done. Finish.
And speaking of a tribe, a good writers’ group is so helpful.

How did you decide how to publish your books?
I self published after close calls with traditional publishing. I don’t believe there is one ‘right’ way to publish but I do think you can get the best of both worlds by submitting to traditional publishers and while you are waiting for that undeniably slow process, self publish. Once a book is done it feels so good to actually get it out there into the world.

What do you think about the future of book publishing?
Very exciting! Anyone can publish a book now, and I love that. Quality will find its way to being seen. Look at the millions of YouTube videos and somehow, every day, a number of them go viral.

What genres do you write?: YA, Literary fiction, Short Stories