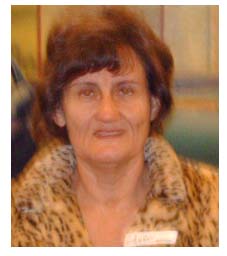 About Lotus Landry:
I am finding my voice in three different fictional genres – a Western Historical romance, a modern mystery, and an animal fantasy. I grew up in the Pacific Northwest and presently reside in the Los Angeles basin in a neighborhood with too many urban coyotes.

What inspires you to write?
My first novel was set in the 1800’s in Oregon. However, several characters were based on behaviors of family and friends from the modern era from that geography. The strong female character, Matooskie, had the habits of an inquisitive modern botanist who happened to be my friend’s mother.
The modern mystery is set in a Homeowner’s Association, and it reflects the lifestyle that many now experience in such communities.

Tell us about your writing process.
My first novel had an outline for a very complex plot. The third novel consists of ephemera and interviews of the main characters so the plot thread came into play in about half of the chapters. Sometimes the characters just seemed to ‘take over’. I like to start with legal pads before transcribing to electronic files.

For Fiction Writers: Do you listen (or talk to) to your characters?
I had to do considerable research for dialect in the period fiction and I had to research cage-fighting for one of my characters in the 2nd modern novel. So this research enabled me to enter their worlds.

How did you decide how to publish your books?
The publishing world seems to be changing and I had no celebrity identity that would draw the attention of traditional publishers. So, it became easier to self publish.

What do you think about the future of book publishing?
Editors certainly have a role that gets omitted with self publishing.