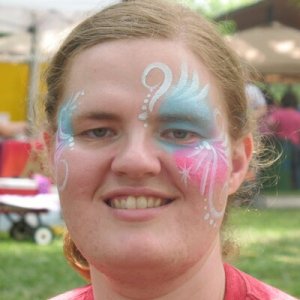 About Lea Carter:
Avid and eclectic reader Lea Carter spent most of her life trying to recreate the magic that she so often found between the two covers of a book. She mixed genres and dabbled with storylines until the few people that she dared to share her writing with grew tired of never finding out how the story ended. Oddly enough, it was an attempt at writing part of her own story, a true story, that allowed a fantastic bit of fiction to emerge.

What inspires you to write?
Life inspires me to write. What has happened, what hasn’t happened, what I wish would happen or could happen. It all builds inside of me and I find it can be a great relief to write, to create a world that has characters I would like to get to know in real life.

Tell us about your writing process.
I make lists of things that I can’t forget to do, like resolving a major curiosity pique or tease from a previous chapter or book. I also use lists to remind myself to go back and add foreshadowing after a major (and usually very surprising to me) event occurs.
If I want to do a better job of writing something, I’ll try to find a book or books written by an author that writes it very well. For example, I realized that reading Dee Henderson’s O’Malley series would give me a chance to absorb the way she builds her character’s backgrounds into them. Meeting a new character or watching the main character flinch at something comes as a complete surprise to you, but it’s woven into them so neatly that it makes them feel absolutely real, as if they could walk off the page and into your life. It was an investment of time, of course, but a worthwhile one as I now know not just that something is lacking in my writing, but have a good idea of how to correct it.

For Fiction Writers: Do you listen (or talk to) to your characters?
I don’t interact with my characters directly, no. It’s more like I have a ringside seat on their lives, in their heads even. I can hear their thoughts and sense their emotions, but then I have to struggle sometimes with the dialogue and word paintings. I’ll be writing along and have to edit out something because, “that’s not like them at all!”

What advice would you give other writers?
If someone were to ask me for advice about writing, I would encourage them to find their own style. Not everyone likes my style, which is to use a non-traditional third-person method of story-telling, where the point of view changes by paragraphs to whomever has the dialogue or has the primary action (ex. opening the door for someone else). I still write that way, because it seems the best way to me. Trying to force a particular style of writing can be done, has been done forever and a day. It just won’t be your writing. Give yourself permission to try. Be patient enough to keep trying.

How did you decide how to publish your books?
I wrote a few of the traditional query letters after researching the available publishers and their policies using the guides at the local library. I hunted through the online listings of literary agents. And finally, having made no headway there, I began investigating going solo.
My first foray was through Amazon Kindle as an ebook. I chose that way because it had a massive distribution setup already in place and was relatively inexpensive. It took some effort to get my manuscript copyrighted correctly and formatted as per Kindle requirements, but compared to the print process, it was quick and easy. That experience gave me the courage to start checking into getting my books as paperbacks.
I knew enough to stay away from vanity presses, though several bloggers seem to be under the impression that all self-published authors are using vanity presses. In my opinion, if they approach you, they’re a vanity press. I seriously debated between Createspace and Lightning Source before locating a comparison video on Youtube that made it seem like Lightning Source created a slightly more polished product. Technically, I should have gone with Ingram Spark, but that wasn’t available when I started out. Lightning Source is not for the faint of heart, the impoverished, or the amateur–and I was two out of the three. Still, with perseverance, continued research, and absolutely amazing blessings, I have successfully published four books with them and have been impressed with the results.

What do you think about the future of book publishing?
I suppose this makes me a bad author, or at least a bad reader, but I am not too concerned about the future of book publishing. I still spend hours reading paper books in the local library and/or at home. I have read a few ebooks, though I can’t say I feel the same level of interest in finishing them. In fact, I might say that for me it’s easier to delete an ebook than it is to shut a book and walk away from it.
Ebooks seem like a natural progression, just like businessmen moved from their neatly written ledgers to QuickBooks and computers. The quill pen gave way to the fountain pen and now most people use a stylus. I think it will take generations before ebooks really take over, though, and maybe never. I know I’ll always have my paperbacks and hardbacks, the few special titles that I reread at least once a year.

What genres do you write?: light fantasy, coming of age, fairy, clean reads, fantasy of manners, slice of life with wings