You are here: Home / Interviews With Authors / Interview with Author – Lazlo Ferran @lazlo_F 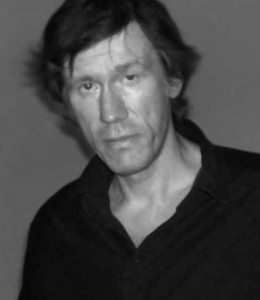 Author Bio:
Lazlo Ferran’s extraordinary life has included studying aeronautical engineering; being a dispatch rider, graphic designer, full-time busker, a guitarist and singer (recording two albums); travelling widely, marrying in Kyrgyzstan and a long and successful career within the science industry. He has now left employment in the public sector to concentrate on writing. He has lived and worked in London since 1985 and grew up in the home counties of England.

Brought up as a Buddhist, in recent years he has moved towards an informal Christian belief and has had close contact with Islam and Hinduism. He has a deep and lasting interest in theology and philosophy. His ideas and observations form the core of his novels. Here, evil, good, luck and faith battle for control of the souls who inhabit his worlds.

He has traveled widely, spending some time in Central Asia having various adventures, one of which was getting married in the traditional Kyrgyz way. He keeps very busy writing in his spare time and pursuing his other interests of history, genealogy and history of the movies.

What inspires you to write?
Writing, for me, is a cathartic process. I have to write every day so that I can sleep at night. I have too many demons, too many things about the world that make me angry, to let it go without making some attempt to change it all.

Beyond this basic drive, I love to inspire people. If there is any underlying message present in all my books, and there are many, many levels of messages in most, then it is; be free, do something inspiring with your life, strive for equality and love your brothers and sisters.

Tell us about your writing process.
I do both, outline and fly by the seat of my pants!

The process is long; a book will take me 3 years to write and publish, at least. I start with a simple idea, a twist or something about being human that I want to illustrate. Then I will toss the idea around in my head (while writing or editing other work) until either I discard it or decide it has some worth. If it survives this far then I will start to think about the basic plot; how to build characters that engage, plots that draw people in and climaxes that will thrill people.

Finally I will begin to write, and this is where I like to fly by the seat of my pants. Many times I have become stuck. I avoid writer’s block by switching to other works if necessary but I still have times when it doesn’t flow or I am stuck. Then, I just force myself to take a leap into the unknown and I usually come up with something that is surprising and that I really like.

For Fiction Writers: Do you listen (or talk to) to your characters?
I don’t really talk to my characters but I hear them talking in my head. If I am not seduced by my femme fatale, I am sure my reader won’t be. Similarly, if I don’t admire the Main character, then others won’t either. I try to develop all my characters as the story progresses but sometimes, with very large casts, this has to take a back seat for some of them. I am fond of them all though.

What advice would you give other writers?
Avoid writer’s block by working on 3 stories at the same time. Don’t get too involved in the fear of writing crap. Get it down and sort it out later. Having a basic story is the hardest and most precious thing. Once you have this, even if you have the worst grammar skills in the world, you are 3/4 of the way there.

Make sure the story thrills YOU.

Write about something deeply personal to you.

How did you decide how to publish your books?
For me, Amazon’s KDP programme was a no-brainer at first. I tried smashwords but sales were almost non-existent for me. Switching to KDP boosted my sales immediately. Unfortunately, things are changing. Amazon is now tuning the whole system to limit what indie writers can achieve. I have seen the effect myself. That is why I have started diversifying to other platforms and distributers. There is no doubt being able to reach markets like Africa, South East Asia, India and the Middle East is helping me draw in a wider audience and Amazon is not serious about these growth markets.

What do you think about the future of book publishing?
Books will always be here. Personally, I would choose a hardback, which I can hold, every time for a nice cozy read. I dread to think what reading Lord of the Rings on a kindle would be like.

What formats are your books in?
eBook, Print, Both eBook and Print