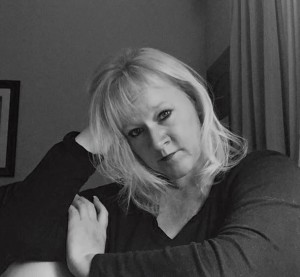 About Laney Smith:
Laney Smith (1974- ) was born in Little Rock, AR and raised in Texarkana, TX until her early teen years when she moved to Aurora, CO. As an adult, she has lived in Walls, MS and currently resides in southern California. She is the oldest of 3 kids and is the mother of two sons. She also has 5 nieces and 1 nephew. She has always had a passion for writing and first contributed poetry to an anthology in 1993-1994. She, later, wrote multiple articles for a local newspaper known as the City News Group. Her current passion is writing fiction – romantic mystery – specifically and is currently working on completing the Time Capsule Series. There is another work in progress for a stand-alone horror novel (untitled at the time of this update) slated for release in October 2015. In addition, she previously contributed two pieces to the original edition of “Tenants of Building 38,” an anthology to help raised funds for the American Cancer Society. There is also another piece she submitted for an anthology titled “The Roses,” which is another fundraising project for Cystic Fibrosis Foundation that was released in May 2015. The fourth book in the Lock Creek: Time Capsule Series, Lock Creek: Time of Death was also released in May of 2015.

What inspires you to write?
I was inspired by so many different things. I had watched a movie with my favorite actor. There was a line in that movie that didn’t fit the character he played, and it annoyed me. So, I wanted to write a character that wouldn’t have to have one of those cheap, shallow lines. So, I had the character’s description. Then, I was driving across town and a song came on the radio. Like a downpour, the story started raining on me. I wanted to create a male character that would be an example for the younger women of our world for how men should treat them. I wanted that story to also serve as a reminder to anyone that reads it that law enforcement officers are people, too. They see things in their daily lives that most of us couldn’t handle. So, Sheriff Derrick Decker does all of those things. So, I had the character, the purpose and the story. I will forever be thankful for that horrible line in that movie. Something about that set the rest into motion.

Tell us about your writing process.
I’ve never done very well with the outlining idea, for some reason. I tend to fly by the seat of my pants. I have too many surprises pop up. If I were to outline my stories, I’d miss those things. I have to have a blank screen and big ideas. I start writing and somehow, these things come to me as I’m writing. Sometimes, I write something and it seems kind of odd. Then, later, there is something that happens that makes that odd thing become one of those “ah-ha” moments. It’s exciting to me when that happens as I write. I imagine the romance of the reader, curled up with a warm drink, snuggled under a blanket and reading those things and it being so much fun for them. It’s fun for me to discover it as I write it.

For Fiction Writers: Do you listen (or talk to) to your characters?
I love this question! My character do talk to me. Imagine a doorway. I’m inside that doorway and I’m writing. A character comes to that doorway and leans against the doorjamb and starts telling me what they want. So, I start writing what they say. And, sometimes, a rogue character comes walking past the doorway, they stop, peek at me around the character standing in the doorway. Sometimes, they keep walking past the doorway. But, sometimes, they nudge their way in front of the character leaning against the doorjamb, interrupting the conversation in progress. They tell me what they want and I say, “Ok, I’ll get to you in a little bit.” Sometimes, they take that and away they go. But, sometimes, they get demanding and inform me that they’ll wait for me to open their story and start writing. So, then, the character that started out leaning against the doorjamb steps back and gets absorbed by the walls until the pushy character is content that I’ve heard what they were trying to tell me. Sometimes, the character that fades into the walls is mad and won’t come back for a while. But, most of the time, when I look up and see them standing in the doorway, they have a cocky smile and I see that they’re done being mad at me. So, then we can get to work, again. Derrick Decker knows he’s the king of my writing world. So, he strolls up and makes some smart comment and I know it’s game on. I love him and he doesn’t stay mad very long. But, it’s kind of funny because if he didn’t get mad at me, it wouldn’t mean as much and get to me like it does when he gets over being mad. He knows how to make an entrance. I miss him when he’s gone. And, if all of this doesn’t sound completely certifiable, then I don’t know what does.

What advice would you give other writers?
Be bold and brave. Write like no one will see it. You can always edit it later. But, then, when it comes time to edit it, don’t take that stuff out. Be bold and take a chance. If Ben Franklin can fly a kite with a key in a lightening storm, risking his life, you can take a chance and believe in the words you’ve written. You have to be brave and take risks to be great. The very things you think about editing out, will likely be the hook that keeps the readers coming back. Just try it. Believe in yourself.

How did you decide how to publish your books?
After extensive research and talking to other authors, self publishing seemed to be the best route for me to take. I didn’t want the lead time to get my book out. I believe in this story and these characters enough that I don’t think Lock Creek will be a flash in the pan. I think it’s got longevity to it. There is something people can relate to and connect with. I tried to limit things that would shorten the shelf life. And, I believe that things fall in line as they’re meant to. I’ve heard it said that a lot of authors never sell one hundred copies of their books. I watched numbers up to that point. That was my personal goal. After I hit that mark, I quit watching numbers. I haven’t seen numbers in over a year. I have no idea how many copies have sold to date. But, I know it’s been enough to justify the decision I made. I don’t regret my choice. Especially when you consider that, all this time later, I could still be shopping around for a publisher, had I decided to go that route. I have no regrets.

What do you think about the future of book publishing?
I think the future of publishing will always be safe and secure. I just think some of the old ways of doing things may have to be recalibrated to match what the readers respond to. The popularity of Stephanie Meyer, J.K. Rowling and E.L. James speaks volumes. Those authors got people excited about reading, again – skipping right over generational gaps. It’s difficult to find someone that hasn’t read one, if not all of those authors. They brought a lot to the turning table, including readers that defy the formal teachings. The tide seems to have shifted. We live in a world where people communicate through acronyms and a modified version of shorthand. Our world is in a permanent state of instant gratification. There is constant input coming in every form, from every direction. The short window of time to grab someone’s attention is smaller now than it’s ever been. People don’t want to take the time to sort out the unnecessary, complex things. Our attention has to be on fifteen different things at one time. Having said that, in my opinion, to be able to reach into a person’s busy life and steal them away into your fictional world is no small feat. No matter how much times are changing, people still want to read. We have to find a way to keep people excited about reading, even if it goes against the golden rules. The competition is pretty tough.