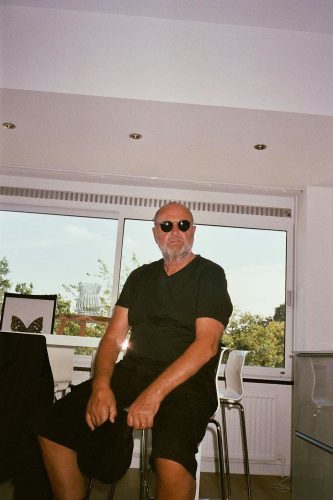 About L.R.Johnson:
Part time author, L.R.Johnson, has had five titles traditionally published in the USA, Australia and South Africa. He resides in Germany, now retired, with his wife and is a British citizen. His literary/film agent, Emerantia Parnall-Gilbert from New Zealand arranged three titles to be published in Texas and one of the titles has a Hollywood film contract still to be filmed.
His interest in writing books commenced after writing for a daily satirical website called, The Spoof. He accumulated many global followers and inspired by his superb colleagues on the site decided to venture into writing books.
Two of his titles were written in commission, one a biography about a Slovakian artist, both in English and German, the other, a biography based upon the life of an Indian classical dancer. In addition, he also completed a biography about his brother (RIP) whose life was quite volatile and most interesting. These titles were self-published.
Two other titles have been issued, one a compilation of wonderful art by Liesbeth Johnson-Kampen and, Francis Charlton, plus a collection of poems written by the author. The other title is a raw British humorous book about a ‘nobody’ who succeeds to become ‘somebody’.
Presently contracted to Pharos Book, New Delhi, India with six literary contracts.

What inspires you to write?
My free-flowing fantasy plus the possibility to offer my readers insights into many interesting characters, fictive, and non-fictive.

Tell us about your writing process.
Free-Flowing (including poetry), abstract, philosophical, humorous, even controlled eccentricity.

For Fiction Writers: Do you listen (or talk to) to your characters?
I develop my characters after impulsive intrusions into my diverse mind.

What advice would you give other writers?
My advice for non-published authors is to find a responsible literary agent, similar to the one I have who supports, believes, has faith, and is willing to pitch your work to correct publishers, then the chance of rejection is minimized instead of the infamous, ubiquitous rejections.

How did you decide how to publish your books?
Always through my agent and if asked to write in commission.

What do you think about the future of book publishing?
Dim, very dim. Rejection is rife among global players, independents too. Self publishing is drowning with too many authors banging out their works without thinking and praying for sales. Our only hope is correct literary agents who do not demand finances up-front, but show faith in the author's work!