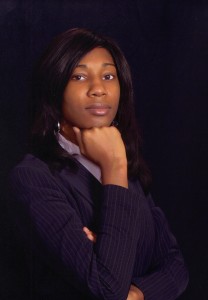 About Kyoko M.:
Kyoko M is an author, a fangirl, and an avid book reader. Her debut novel, The Black Parade, has been on Amazon’s Bestseller List at #5 in the Occult Horror category. She has a Bachelor of Arts in English Lit degree from the University of Georgia, which gave her every valid excuse to devour book after book with a concentration in Greek mythology and Christian mythology. When not working feverishly on a manuscript (or two), she can be found buried under her Dashboard on Tumblr, or chatting with fellow nerds on Twitter, or curled up with a good Harry Dresden novel on a warm central Florida night. Like any author, she wants nothing more than to contribute something great to the best profession in the world, no matter how small.

What inspires you to write?
I once saw a quote that said, and I’m paraphrasing, “Write the story you wish existed.” I didn’t hear that quote until later this year, but I realized that’s what I ended up doing with The Black Parade series. There isn’t a mainstream urban fantasy series with a woman of color. Sure, women of color in fantasy are plentiful, but they aren’t as popular as they should be. I found myself inspired by the 2005 film ‘Constantine’ (very loosely based on the Hellblazer comics) to create a black female protagonist in an urban fantasy setting, and I will not rest until Jordan Amador gets her shot in the spotlight of mass media. This is not to say she is the best role model, because she’s got issues out the wazoo, but the intelligent, grounded, cynical, but still kind character that she is needs to be seen. People need to know about her and other black women like her. I want to someday be able to see the spotlight on women of color in literature, television, and film, and I hope that it will open people’s eyes to new types of storytelling.

Tell us about your writing process.
I’m a seat-of-the-pants writer in terms of the process. I usually work out the plot before I put a single word on the page and then I examine each main character’s personality to come up with the internal conflict. Everyone has issues, and their reactions to the external conflict is what drives the story. Some scenes I see very clearly when I start a novel, but others congeal as the characters start to mix together. People naturally butt heads due to their upbringing, personal beliefs, and personality traits, and that’s how each chapter ends up progressing.

I usually don’t outline my novels until they are at the halfway point. My outlines aren’t nuanced or anything. I use them to keep track of time, dates, and settings, and occasionally for a countdown. For instance, all the bad stuff goes down in She Who Fights Monsters on Halloween, so I had to make sure the day time and night time hours passed naturally instead of accidentally skipping over one or the other as Team Amador drew closer to the deadline. I also don’t have any fancy software or papers for the outline. I just open a Word document and write down the dates, then make bullet points for major plot points until the entire thing is filled. Matter of fact, the reason my newest YA epic fantasy novel is giving me so much trouble is because my deadline feels too far away and I’m having trouble getting to that day when all the crazy stuff happens. Ah, to be an author…so fun!

As far as character sketches, I don’t physically write them down either. I don’t quite feel like I’m creating the characters I write about. It’s more like they walk up to me and introduce themselves and I’m merely transcribing as they tell me who they are and why they matter. For example, I have two more books coming next year, but the one after those two already has a cast of characters and a plot in my head, even though it won’t be out until 2016 or later. My head is kind of like a conference room where I move from table to table and the characters wait patiently until I get to them.

For Fiction Writers: Do you listen (or talk to) to your characters?
Yes, I listen. I don’t talk because I think that’s a bit odd, but the way I see it is they are already fully formed and come up to me to have their stories told. I thought about doing a cute little exercise where I have a conversation with my personal favorite character (Belial, the antagonist of The Black Parade series) but I was worried my readers would think I needed a psychiatrist so I left that idea alone. However, I’m finding out more and more that authors do fun character interviews on their blog so that might be an activity I try later on.

What advice would you give other writers?
Don’t give up. It’s a struggle to keep writing because every day, it feels like no one cares. You have a very tiny cheering section and it really has to be all you. You’re doing the work, and no one can do it for you, and it feels so miserable when you start out by yourself. However, think about the positives. Think about your future. Think about people reading and enjoying your work, and power through the misery. You can do this. It’s a hard, long process, but you will learn that it’s worth it if you put in the work.

How did you decide how to publish your books?
I started out querying agents, just like most authors, but I didn’t get anywhere after two years and it completely devastated my confidence, so I started looking into self-publishing. I took a while to suss out what it would take to get my novel out there, and then I went for it. It took a long time to get the process down, but it was worth it when that first paperback proof of The Black Parade arrived and I held it in my hands.

The easiest place to start for new authors is CreateSpace. 90% of your readers will get the e-Book, not the paperback, but physical copies are going to be very important for marketing your book in real life, not just online. It’s also very beneficial to have on hand if you attend conventions like I do. CreateSpace is 100% free and they can import all your book’s info directly to Amazon Kindle Publishing, so you don’t have to lift a finger.

What do you think about the future of book publishing?
What am I? Psychic? The hell if I know!

What genres do you write?: Urban Fantasy, Paranormal, Supernatural