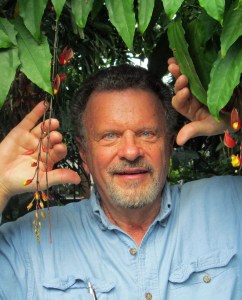 About Kim H Krisco:
Kim Krisco, author of three books on leadership, now follows in the footsteps of the
master storyteller Sir Arthur Conan Doyle by adding five, totally new Sherlock Holmes
adventures to the canon. He captures the voice and style of Doyle, as Holmes and Watson
find themselves unraveling mysteries in, and around, turn-of-the-century London that, as
Holmes puts it, “appears to have taken on an unsavory European influence.”

Meticulously researched, all of Krisco’s stories read as mini historical novels. Sherlock
Holmes – The Golden Years started out as a series of mysteries based upon British
mythology. He traveled to the UK and Scotland in May of 1913 to do research. One of
his treks brought him to Aviemore Scotland and Ben MacDhui Mountain, where he was
introduced to the Legend of the Grey Man of Ben MacDhui. There he learned about a
creature known locally as ‘Fear Liath Mor,’ reported in dozens of sightings as a humanoid
about ten feet tall, covered in hair, and having long arms. When he spoke with locals
about this malign creature, one local historian remarked, “It’s a mystery that only
Sherlock Holmes can solve.” That gave Kim the idea to change the entire series of
stories he was writing into a collection of Sherlock Holmes mysteries.

In Sherlock Holmes – The Golden Years, Kim Krisco breathes new life into the beloved
“odd couple,” revealing deeper insights into Holmes’s and Watson’s protean friendship
that has become richer with age . . . and a bit “puckish.”

Krisco’s diverse career created a circuitous route to his becoming a full-time writer. He
has taught college; managed instructional media and distance learning programs, written
and directed TV and films; and served in corporate communications, human resources
and training functions. As he puts it today, “I am being re-educated by Nature.” This is
his way of saying that he lives in a relative seclusion in an area of the Colorado Rockies,
in a straw-bale home he and Sara Rose built themselves.

What inspires you to write?
I read mostly non-fiction most of my life. So, I suppose it was natural that, when I turned to writing for a living, I initially wrote non-fiction. Then, something happened when I moved into the isolated Rocky Mountains, I began reading fiction almost exclusively — all kinds: science fiction, fantasy, action adventure, etc. I thought about writing fiction for a long time before I actually sat down to my laptop. I suppose, this is because I instinctively knew that fiction is harder to write than non-fiction. Of course, before writing Sherlock Holmes – The Golden Years, I read all of the Sherlock Holmes stories, and more than that, I read everything that Sir Arthur Conan Doyle wrote . . . and he wrote a lot! It was a “warm-up” before the “race.”

To hone my writing skills I wrote my first Holmes pastiche — The Bonnie bag of Bones (which appears in this collection). I shared it with some fellow authors and they encouraged me to publish it. When I look ed around for a publisher I immediately found the world’s largest publisher of Holmes pastiches and the like — MX Publishing in London. I submitted a query letter, followed by my story and . . . now I am published!

Tell us about your writing process.
Being a highly cognitive (in my head) person, once I have a basic idea for a story, I do a broad outline wherein I mainly focus on plot and action. Dickens, certainly one of the greatest fiction writers of all time, said that the plot was foundation to all good stories.

Next, I create the physical and historical setting(s), characters, and sometimes an underlying theme. With this information, I begin to research the settings, theme, etc. In the research process new ideas and approaches — even new plots — emerge.

I let all of this simmer inside for a little while (maybe a week of so) and then I sit down to write. I typically write 6 to 7 hours a day. I begin each day’s writing by rereading what I did the day before, and inevitably make changes. This sets up the next days writing an ensure continuity. When I finish a chapter, short story, or novella, I put is aside and move to the next chapter or story, I do not do a second rewrite for at least two weeks. This improves my objectivity. Of course, in the end, a story or chapter get rewritten between 40 and 60 times.

Of course, I use two different proof readers and, sometime an editor – or what I call “a special editor.” A special editor is someone I hire to edit with only one or two areas of focus — i.e. plot, character development, etc. For my most recent book: Sherlock Holmes – The Golden Years, I hired a “special editor” in London to, as I put it, “get all the American out of my language.”

I learned a long time ago to listen and consider any and ALL feedback I get from anyone. I can always take advice or leave it. I do this because I want to be a great writer and I’m not there yet. As such, I must adopt the mindset and attitude of a student.

For Fiction Writers: Do you listen (or talk to) to your characters?
One of the skills I have worked on for a while is dialogue. When I write dialogue, I hear the characters saying it and, at times, read my drafts out loud. If the dialogue flows, easy and natural, then it’s good. In a way, that’s true of the characters themselves. When I have a good juicy character, I love writing them. I can laugh at them, or cry with them. They become more and more real as the story goes on and the rewrites continue. In this way, characters take on a life of their own. In some cases, what I thought was a simple “background character” (a character needed solely to support action), becomes bigger and earns the right to play a bigger part in the story going forward — or to be used in future stories.

What advice would you give other writers?
It’s true that a writer must love to write, but, what is often unsaid is that you have to give yourself the opportunity to fall in love with writing. I always liked to write and did, but when I finally decided to “dive completely” into writing I fell in love with it.

How did you decide how to publish your books?
My first three non-fiction books were published by publishing houses. None of them made it big, and it bothered me that my royalty was so small. I then self-published my next non-fiction book. Despite a lot of time marketing it, it is not doing all that well. So, I have had experience with both forms of publishing. So, when I wrote my first book of fiction, I decided to try to find a publishing house — but one that specialized in the kinds of books I was writing. I think that is the key. If you can find a publisher who specializes or focuses on they kind of book you are writing, it not only increases the odds that they will consider your book, but if you get a contract, they will do a better job marketing it because they have a handle on that particular market.

What do you think about the future of book publishing?
I think it is here to stay for a long time. I have heard publishers and writers warn of the demise of paper books for the last 25 years. I don’t see paperbacks going away soon. E-books have their place, but they have not taken over. Self-publishing has crowded the market so it’s more difficult to good books to become recognized and read. That’s why sites like BookGoodies are so important and necessary.