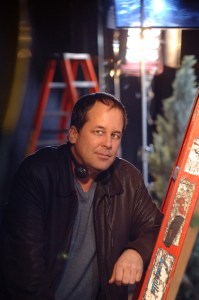 About Kenneth Eade:
Kenneth Gordon Eade is an American author, lawyer and environmentalist, best known for his legal and political thrillers. Eade’s first bestseller on Amazon.com was “An Involuntary Spy,” a fictional spy thriller about a rogue scientist working for an American biotech firm who goes on the run from authorities after stealing information from his employer which proves government collusion and a cover-up of fraud surrounding the dangers of the company’s genetically engineered foods. His second novel, “Predatory Kill,” is the first of a legal thriller series in which the series character, lawyer Brent Marks, tackles a wrongful foreclosure lawsuit against a major bank that turns into a murder investigation. His third novel, “A Patriot’s Act,” is a prequel in the Brent Marks Legal Thriller Series, which matches Marks against the United States government, in an attempt to free a naturalized U.S. citizen from detention at Guantanamo Bay Detention Camp.

Kenneth Eade attended the Honors Program at El Camino Real High School, which allowed him to attend classes at Los Angeles Pierce College at the age of 15. By the time he graduated from high school in 1975, he had amassed over two years of transferable credits. He graduated from California State University, Northridge, before attending Southwestern Law School, where he graduated in 1980 the youngest member of his class. After Southwestern, he practiced civil and criminal law for about a decade, then went into business law with an emphasis on securities law, and civil litigation.

In 2011, Eade began writing opinion pieces for the Los Angeles Daily Journal. Two of the articles centered on the subject of the unconstitutionality of the now defunct Monsanto Protection Act, and the dangers of genetically modified foods and neonicitinoid pesticides and their adverse effect on bees. This led to his first book, the non-fiction work, “Bless the Bees: The Pending Extinction of our Pollinators and What You Can Do to Stop It” in 2013, as well as the children’s book, “Bee See: Who are our Pollinators and Why are They in Trouble?”

Eade practiced law from 1981 through 2013, mostly in Ventura County, California https://en.wikipedia.org/wiki/Ventura_County,_California, practicing business law and civil litigation with an emphasis on securities. The notable cases of his career included cases against the credit behemoths, Experian, Transunion, and Equifax, as well as against the major banks.

In 1998, Eade began producing television programs; first the celebrity interview series, “Faces and Names,” which he succeeded in syndicating in the United States, and then the award winning celebrity interview series, “Autograph.” In 2006, he produced the feature film, “Say it in Russian.” for which he obtained an avant-preimere at the Monte Carlo Television Festival and a limited release in 2008 in Carmike Cinemas in the United States.

What inspires you to write?
I get my inspiration from my experience in life, my travels, and my years in the practice of law. I write novels that focus on real events where I see an injustice; a wrong that needs to be righted.

Tell us about your writing process.
When I get the idea for a story, I sometimes make an outline of notes, but basically I sit down at the computer and, as Hemingway described his method, “I sit at the typewriter and bleed.” The story just comes out of me. When I tire at writing or need inspiration for the next chapter, I take a walk or exercise, and think about what is going to happen next and how to describe it.

For Fiction Writers: Do you listen (or talk to) to your characters?
I don’t interact with the characters, but I am right there with them. Some of them are modeled from people in real life, others are composite characters, and some come from well known Hollywood stars, believe it or not. For example, I imagined Sergeant Brown in “A Patriot’s Act” the way that Samuel Jackson would play him.

What advice would you give other writers?
Keep reading, travel, read the news, and keep an open mind at all times. The more you learn about life, the more you can pass on to others in your stories.

How did you decide how to publish your books?
I was writing opinion articles for the Los Angeles Daily Journal, based on the cases I had been handling, and two of them turned into a non-profit informational organization to help save the bees. That led to the self-publication of my first book, “Bless the Bees: The Pending Extinction of our Pollinators and What You Can Do to Stop It.”