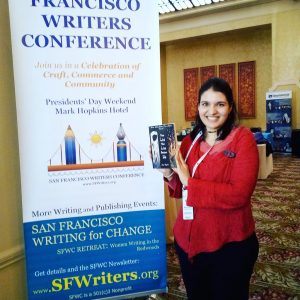 About Kai Raine:
Stories are the love of Kai Raine's life. Always keen to see the world past the confines of her own life, perspective and experiences, Kai values the power that stories have to provide this. She writes to remind herself to question her own assumptions, and widen her own perspectives.

Kai is a cognitive scientist and neuroscientist. She grew up mostly in Asia, never graduated from high school, attended university in Alaska, and spent her early adulthood in Europe.

What inspires you to write?
What inspires any given piece of writing varies wildly. Usually ideas will strike me out of nowhere at the most inconvenient times, but other times I'm inspired by a dream or some event in my life.

Writing is everything to me. It allows me to process my own life. It helps me see beyond my own assumptions, as I develop characters over time. It puts me at peace in a meditative sort of way, and I love the process of weaving an intricate storyline around several characters, each living very different lives.

Tell us about your writing process.
It really depends on what stage of a story I'm at. When I'm just starting to conceive a story, there really is no process. I write out little bits and pieces as the inspiration strikes, play out scenarios in my head, and just generally spend a lot of time sort of in a recurring, obsessive daydream as I work out details—of characters, the world, and the story.

Once I know what I want out of my story, I start to have a more definable process. I usually work in a cafe—preferably one with internet. I'll order any drink and/or food I might have decided, and then once I have that, I'll put on my headphones and watch some comedy YouTube videos—usually just one or two. This is my "on" switch, and then I get to writing.

So far, there have been a lot of false starts to a first draft of a novel. I'll get a few chapters in, then scrap it all and start over—and repeat a few times, until I feel like I've figured out what I want.

In the case of most stories, I don't think I could work with an outline. My stories tend to be extremely character-driven, and I can't work out the characters' internal journeys in an outline. So in the past, my attempts to outline actually ended up hindering my story, creating dissonance between what I'd planned and what was right for the characters, and it took awhile before I realized the problem.

I'm experimenting with outlining on my next book. Maybe it'll work this time, maybe not. At the end of the day, I've learned to trust my subconscious above all. If I burrow through the hangups I have over what I wanted and what I planned, I find that often my subconscious was hiding a more layered, interesting story than I'd imagined was possible.

For Fiction Writers: Do you listen (or talk to) to your characters?
Not really. I listen to them in the metaphorical sense: if I feel a dissonance between what I planned for the story and what the character wants to do, for example. But I don't have direct conversations with my characters.

When I'm just starting to build a story, or a character, I write out several small scenes—things that are canonical to my story, but not a part of the final product. Alternatively, sometimes I don't bother writing these down—I just close my eyes and let scenes play out in my head.

What advice would you give other writers?
The most valuable lesson I've learned is to trust my past self. I have this tendency towards self-directed pessimism sometimes: the longer it's been since I've looked at a story I wrote, the more I'm convinced that it's worthless.

This means editing can easily become a nightmare. If I'm only able to edit a novel manuscript part time, it can take over a month, and by the time I'm at the end of the manuscript, I no longer trust my edits from the beginning.

So I've had to learn to take a breath and trust past me. It helps to reread old drafts and old, unpublished stories that I barely remember. I find that when I don't remember writing them, I can look at them like they're someone else's work. Usually, I can no longer relate to them, being that I'm so far from the person I was when I wrote them. But I can look at them with affection and positivity, and that helps reassure me.

How did you decide how to publish your books?
For me, I think it was just exhaustion that took me into indie publishing. I was dead set on traditional publishing, but as I queried and queried and queried without ever getting a single manuscript request, I started despairing of ever getting a book out. The last round of edits before I went into publication were quite drastic: I changed the beginning, a lot of the structure of the story, and some of the details. It was really much better than it had ever been, and I could hardly believe how much I liked it. After years of trying and failing to get attention to my book, I guess I'd just decided I was done. I'd get this book out there, and move on to the next one. I didn't even bother querying agents again—it didn't even occur to me, really. I just sort of looked up one day and said, "You know, I'm really happy with this book, now. I think I want to just publish it."

I used Gatekeeper Press, which is basically a self-publishing assistance publisher. It's nicer than self-publishing, because you have wider distribution and are guaranteed a professional looking book. It is, however, expensive—and, at times, a little frustrating, as once you hand over your manuscript, any changes and such have to be requested, waited for, and then carefully reviewed for errors.

What do you think about the future of book publishing?
I'm not sure. I do think, as paper books become increasingly less common, we'll move away from books in general and perhaps more to the likes of audiobooks. This is actually a thing I've been thinking about a lot, as my tendency to move a lot has forced me to finally get rid of almost all of my books, so that I could whittle my belongings down to two suitcases. As a result, even though I always have and still do prefer physical books, I read on my Kindle more often than not.

While I do appreciate that the screen isn't quite as hard on the eyes as a typical computer or tablet or phone screen, I've found that it is still harder than a book. I've started seriously considering an audible subscription to help my eyes—a very surprising turn of events for me, as I've never been that interested in audiobooks. They tend to be too slow for me, and I zone out. But now, I'm finding that they might be the best option.

We're becoming such a screen-driven society, and especially given that both as a scientist and as a writer, I stare at a screen a lot. To have to stare at more screens while reading is truly daunting. This is just my personal experience, of course, but I do find myself wondering if a preference for auditory entertainment isn't going to rise as the world becomes even more screen-driven.

But who knows? The future could be anything. It's more exciting than anything, I think!

What genres do you write?: YA, Fantasy, Thriller