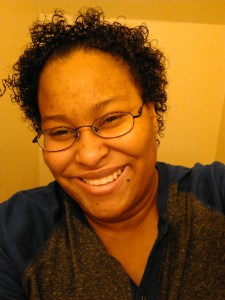 About K.T. Hunter:
KT Hunter attended University of Texas at Arlington and was raised in a neighborhood nearby . Inspired by teen dramas from the 1990′ s and early 2000′ s, KT Hunter began creating her own Young Adult series. When taking a break from writing, KT Hunter enjoys spending time with her family and taking silly pictures with her daughter, going to the movies, bowling, and writing.

What inspires you to write?
Teen drama’s on TV and My mother. She was a writer and inspired me at a very young age and I kept going from there writing songs and scripts until I found my way to writing novels.

Tell us about your writing process.
When I come up with the idea of Brooklynn’s Bridge I was 19. I took some notes and had a treatment for it as a Television show. I wrote about ten pages of ideas characters, the plot, etc and then I would take those ideas and summarize them after I gotten everything out of my head. Soon I wrote outlines and then episodes which later became chapters. The rest is history.

For Fiction Writers: Do you listen (or talk to) to your characters?
I try to place myself in the position and then how would I react if I were that character with the characteristics that they have. It’s not easy but my characters are made from people that I know or either have met. From there I can start with the personality and the tone of the character falls into place.

What advice would you give other writers?
Don’t let others discourage you from writing. Your peers will never see your point of view and they don’t have to its your story, your journey; but keep writing and become good enough so that they will notice you as the very thing they tried to steer you from. Being a writer.

How did you decide how to publish your books?
At first I sent out letters trying to find a big publisher and finally a found a small publishing company that took a chance on me. I hope newcomers won’t over look small publishers because sometimes it can be your best opportunity. Researching is the key and taking chances on a growing company.

What do you think about the future of book publishing?
The world changes so much. Now e-books are the thing and technology takes a different form everyday. Authors will have to learn to adapt. Honestly we adapt in everyday life and authors and publishing companies just have to take those same methods and apply them to better their brand or company.

What genres do you write?: young adult