You are here: Home / Interviews With Authors / Interview with Author – Justin Frazier @PreludeJustin 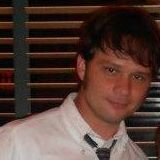 Author Bio:
A former 3D animator who decided to pursue a job in education, Justin Frazier soon found his interests moving in the direction of telling deep, impactful stories. With diverse interests in areas such as philosophy, cosmology, theology, and futurism, Frazier realized that he could weave together ideas and concepts in novel ways. Using a diverse life background of positive and negative experiences, Justin seeks to tell stories in which the reader leaves the book with a greater understanding of the world exterior and interior.

Originally Frazier wrote “The World Breaker: Limited First Edition” as an entryway to becoming an author. Although a strong first entry, it was shorter than he intended due to his desire to find a publisher. Shortly after his first book, however, he found himself working as CEO of a startup LLC on educational mobile apps intended to bring teaching into the twenty-first century. Eventually he found his way back to writing, and thus released “The World Breaker: Author’s Edition” as the fully-realized, complete work that he wanted in preparation for the sequel.

Now living in the Chattanooga area, you may find Frazier trying out the latest sushi restaurant, snowboarding in the winter, playing basketball whenever possible, or enjoying a new coffee shop around town. An avid learner, he keeps up with technology, physics, and economics. Frazier runs 5K races from time to time, and probably should spend a little less time researching so he can do a little more jogging. His favorite catchphrase is “have fun” and he believes you should do just that.

What inspires you to write?
I find inspiration in writing only when I feel entertained by the story as I craft it. A good story is balanced, a tug-of-war, like a great game of sport, in which the reader isn’t sure of the outcome. A good story features clues throughout, and ultimately comes down to a mind-game between the author and the reader. And then, for me, it’s difficult to write material unless it is really deep, really challenging to both I and the consumer, allowing us the chance to think about difficult topics in new ways without being proselytizing one way or another. I love having characters with opposing views, or even having a character that happens to agree with my own philosophies turn out to be insidious in some way. It’s all great fun.

Tell us about your writing process.
I fall somewhere in between on outlining and on improvisation as I’m writing. I think that if I outlined every detail, I would grow very tired of writing at certain points. There’s no better groove that I fall into than when I’m writing something that I myself never expected, but which occurred and now is a part of the story. At the same time, there’s a recognition that when you do that, you may have to go back and heavily edit it since improvisation rarely (but sometimes) throws you so far off that it’s hard to reach the objective. I find that every chapter must be with purpose, even if that purpose is obscured to the reader. It even gets down to sentences and words, each having a necessity to exist. Then, after months of writing, I turn it over to a team of consultants, and we hash out different things. Maybe I’ve miscommunicated a character in some way, perhaps I’ve seen something one way but portrayed it another – these are all issues which take me back to the drawing board. Ultimately, it’s very much for the best.

For Fiction Writers: Do you listen (or talk to) to your characters?
I’ve never played a mental game in which I’ve had a conversation with one of my characters. I find that it is sufficient to see them playing off one another. I enjoy sections of my novels in which there is heavy dialogue, because unlike heavily descriptive portions, my fingers can keep up with the speed in which the characters are speaking. That is an almost otherworldly experience to see the dialogue appearing on the screen as my fingers move, knowing that my brain is forging this conversation, and also acknowledging that it works very differently than when I myself converse with others. I’m sure that comes from a history of humans telling tales around the campfire, but it’s a function of the brain that I’m not sure we use very often anymore.

What advice would you give other writers?
My best advice I could give to authors would be to think very, very big. There are thousands upon thousands of manuscripts turned in every week to various publishers. So, you really have to sit back and think about how many times your concept, or a close variant, has been submitted. Even if you do manage to get the sales you need in order to find the publisher, ultimately you have to be telling a story that is unique, that matters, that grabs attention, or your tale is smothered by all the other archetypes sitting on the shelves. So that’s my suggestion – go big, go outside the box, do something new.

How did you decide how to publish your books?
I’m currently being advised by an agent at a top publisher, so that definitely helps. I have to admit that I was floating along aimlessly beforehand, but now having this contact improves my understanding of the industry tremendously. I’m currently self-published, with the knowledge that I have to market my novels to the point that I gain enough notoriety that I am a safe bet for publishers. That’s it. I’m a house on the real estate market, just trying to look good enough that an agent will hedge a bet on me.

What do you think about the future of book publishing?
We’re currently in an age of semi-realistic video games, movies that can emulate anything, and high definition TV shows… yet black on white text still exists out there. I think that will continue, and I don’t see an end to it. There’s something to be said for the experience a reader has in constructing their own worlds, all while other readers are constructing similar but different worlds in their books. In this way, the literary world is different. Movies, games, TV… they’re all very much the same visual experience for the consumer. Reading a book, however, is more like a recipe, in that while it may produce a very similar product, it’s a little bit different for every participant.

What genres do you write?
Science Fiction, Philosophy, Fantasy, Action/Adventure