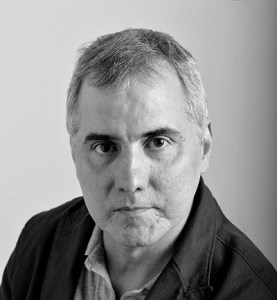 About José Ramón Torres:
José Ramón Torres was born and raised in Cuba, where he spent 32 years of his life. He completed his university studies in English Language and Literature at University of Havana and a PhD program in Education (Language Teaching) at the University of Barcelona. In Havana, Vancouver, Barcelona and Cambridge (where he is currently based with his wife and two children), he has worked as a language teacher, translator, interpreter, TV presenter, proofreader, localisation project and language manager, telephone operator, porter and street seller.
His first novel, of around 64,000 words, written in Spanish and entitled Olas (Waves), draws a parallelism between three major Cuban migration episodes and, to some extent, describes the political wrangling between Fidel Castro and various US administrations. But above all it narrates the misadventures of three members of a Cuban family who decide to emigrate to the US after individually seeing for themselves that they cannot lead a satisfactory life on the island.
Before writing this first work of fiction, he had only published academic articles, mostly on phonetics and language teaching.
He is now embarked on the writing of a second novel: a trip in the opposite direction of Olas, from the First to the Third World, as he follows its male protagonist from a privileged childhood in Hong Kong to boarding school in the North of England, Cambridge University, The City of London and Cuba.

What inspires you to write?
I conceived my first novel as a result of life experiences I had accumulated during my youth in Cuba and a need for creative self-expression. I’m now embarked on the writing of a second novel which reflects issues people are facing in England, where I am currently based. The biggest inspiration to my writing seems to be the things I see going on around me as well as my personal joys and concerns.

Tell us about your writing process.
It has changed with time. I started with a typewriter and would do a lot of editing on the typewritten paper. I now use a computer, like most people. But old habits die hard and for a long time I have needed to put my hands on a printed copy. I’m not doing this so often any more as paper and ink are expensive. Also because I’m starting to rely more on a text-to-speech conversion software which helps me check how natural a dialog or a description is, spot repetitions of words in close proximity and make the whole text flow more smoothly. This tool has become part and parcel of my writing process.
As for story telling, I don’t write on the fly or go into automatic, subconscious writing mode. I do some rough plotting, a sort of general roadmap with the bones of the story, and then I add flesh and muscle to it in the course of months and years. Creativity kicks in at all stages, from looking at the world around me and taking mental or paper notes all the way to the hard graft of editing. Revising a single page can sometimes be quite difficult and frustrating but it’s filled with thinking, imagining and eureka moments that change both form and content. The same as with writing, my editing is not mechanical. Maybe this is why it takes me so long to finish a book. Transferring research information to a fictional setting is another time-consuming task but I also get a kick out of re-creating reality. Summing up, my writing process is pretty eclectic and constantly changing.

For Fiction Writers: Do you listen (or talk to) to your characters?
I listen to them as they think and speak, but I don’t talk to them. I simply give them life, often based on real people, I place them in a concrete geographical and historical context, and then lurk nearby, watching and eavesdropping. But it’s not always 100% like that. Sometimes a character simply takes over and acts and speaks, and I have to type fast to keep up with their pace. As I said above, I also literally listen to their thoughts and voice in the editing phase, and correct them if they don’t sound natural or consistent.

What advice would you give other writers?
It would be pretentious to give advice to writers when I’m only learning the trade. But to would-be authors I’d recommend reading as much as they can in their genre. Also to stop being afraid, lazy and all that, to set themselves goals and go for them. And, lastly, never to get discouraged or give up, no matter how tired they are or convinced that it’s not going anywhere. It might be a bumpy road but there’s immense joy along the way.

How did you decide how to publish your books?
For a very short time I sought the path of traditional publishing. I wrote to a dozen agents and sent submission letters to about five publishers. I had heard many stories of people who had received hundreds of rejection letters. Some had a happy ending but most didn’t. I was turning 50 and had already lost my patience with “gatekeepers” in academia, government bureaucracy and other such fields. Then I attended the 2014 London Book Fair, was captivated by the talks at their Author HQ, and came back home converted to indie publishing. That was it for me.

What do you think about the future of book publishing?
I have no idea how things are going to turn out. I find it difficult enough to keep up with what’s happening right now. I’m amazed and very excited to be involved in what’s going on in the industry and I hope I can say the same thing years from now. At the same time, however, I can see how marketing is becoming more important in a flooded book market and I disagree with several common marketing practices. Similarly, I’m not happy with the devaluation of books. But I’m not swimming against the tide this time around. I’m enjoying the ride.

What genres do you write?: Fiction, Literary, Historical, Political, Hispanic and Latino