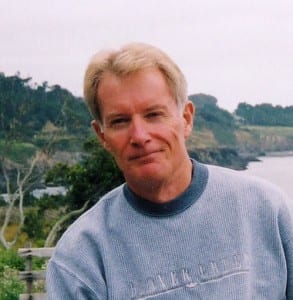 Author Bio:
John Wayne Falbey writes techno-political spy thrillers and adventure novels. His debut novel, Sleeping Dogs: The Awakening, has been endorsed by Compulsory Reads. He also is the author of The Quixotics, a tale of gunrunning, guerilla warfare, and treachery in the Caribbean. A native Floridian and former transactional attorney, Falbey is a real estate investor and developer in Southwest Florida. He invites you to visit him at www.sleepingdogs.biz.

What inspires you to write?
I believe America currently is a rudderless ship. I don’t have the requisite temperament to be an effective politician—I’d rather brawl than argue (did I mention that I’m Irish?). Having had a strong desire to write since early childhood, I state my case in a fictional context. Needless to say, the daily headlines provide all the material I can handle.

Tell us about your writing process.
I wrote my first novel, The Quixotics, many years ago in law school. It was in reaction to the stupefying environment of endless case studies. The story just sprang from my imagination as a thinly disguised version of an adventure I had planned between college and law school, but prudently didn’t do. My second book, Sleeping Dogs: The Awakening, developed in my imagination during long, regular commutes between my home in Naples and a university on the east coast of Florida where I developed and chaired a MS program in real estate development. The second book in the Sleeping Dogs trilogy is my first effort based on first creating a plot outline, then detailing chapters, and finally fleshing out the initial draft.

For Fiction Writers: Do you listen (or talk to) to your characters?
The characters in both The Quixotics and the Sleeping Dogs trilogy are based on composites of people I have known. The chief protagonist, naturally, is based on my own personality and experiences. Because these characters are ruthless and deadly, you might wonder what kind of company I keep. I did mention above that I’m Irish.

What advice would you give other writers?
Every writer of any consequence seems compelled to instruct tyros that you must arise at 4 a.m. and write nonstop until mid-afternoon or until you’ve written 2,000 to 4,000 words. That’s BS. You write when your Muse tells you to write. And there’s no such thing as writer’s block. It’s laziness, fear of failure, or temporary absence of inspiration (Muses take vacations too). Get over it. There are days when I’m so bogged down in research for a novel that I don’t write a single word. But I’m making progress in another fashion.

How did you decide how to publish your books?
It was clear to many many years ago that getting published the traditional way was more a matter of blind luck than talent. You either knew someone in the business or you accidentally came upon a rare hungry agent or you penned a tale that serendipitously coincided with the currently emerging fetish in the publishing trade. Vanity presses ought to be illegal. That leaves self-publishing. And it has never been easier to do. The real challenge is marketing the book. You don’t have a publishing house’s staff, network, and budget behind you. To have any hope of success, you’re going to have to be more creative, more tenacious as a marketer than you ever were as a writer.

What do you think about the future of book publishing?
It will take a while, but the era of the $27.95 hardback is coming to a close. Many Boomers still like the heft of a printed book, but Gens X and Y are too far into the realm of technology to read anything that’s not in digital format.

What genres do you write?
Thrillers and action/adventure