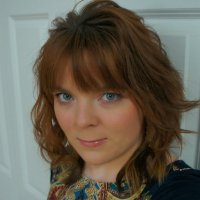 About Jo Bissell:
Jo Bissell started writing in middle school with fantasy stories inspired by books such as The Hobbit, and in fact once turned in a journal project written entirely in Dwarfish Ruins. Now, after many years of study, she spends most of her time working as a full time physician caring for hospitalized adults. When she is not writing or doctoring, she enjoys reading, movies, traveling, archery, thrift store shopping, and snowboarding. She currently resides in the Iowa City, IA area with her husband and two cats. Beyond the Reach of Judgement is Jo Bissell’s first original novel which evolved out of a 2012 National Novel Writing Month (NaNoWriMo) project. She has previously written works of short fiction, fan-fiction, and poetry. Future planned novels include a sequel to Beyond the Reach of Judgement, other works of urban fantasy and paranormal romances, and a science fiction novel. She continues to participate in NaNoWriMo.

What inspires you to write?
I write first what I would like to read, I then use those ideas to explore themes and ideas which I often encounter during my life as a physician, friend, wife, daughter, sister, activist, and traveler.

Tell us about your writing process.
My novels usually start with just a particular scene or character or situation in mind. I then build a situation around that concept. Next I vaguely outline a plot and sometimes subplots to support the situation. After I have a general idea of what the plot will be, what themes I want to explore, and which characters will be necessary to get there, I sketch the characters. I find my outline often shifts and changes during the drafting stages, but the sense of direction is helpful. I like to stay flexible as often the original concept is not always the best story. I use Google Docs and yWriter5 mostly. Most of my sketches and initial outlines are done with old fashioned pencil and paper.

For Fiction Writers: Do you listen (or talk to) to your characters?
I don’t have active dialogue with my characters per se, but I do try to play out and act them out in my mind and sometimes out loud before I write a scene. I find that when I’ve done this, I can “feel” what seems authentic. I also consider the scene from multiple character’s perspectives to get a better sense of the types of motivators and tensions are present.

What advice would you give other writers?
Just do it already. You can’t move forward until you have sometime to work with. Get your first draft done. It won’t be the final product and there is always room and time to edit and improve later. My first draft of Beyond the Reach of Judgement was barely 50K words, and I thought it was a masterpiece until I started seeking out feedback from friends and then beta-readers and realized that there was so much plot and character development missing to which I previously had been completely blind. After several rewrites and many beta-reads and editor reviews, I final had something that was close to what was envisioned when the project started. Is it perfect? No, I still find things I would like to change and expand upon after over 100 read-throughs, but it’s a start. And other people are now enjoying it and giving positive feedback overall.

How did you decide how to publish your books?
I self-published my project for two reasons. One, I am a control freak and did not want anyone else to get final say over any part of the project. Two, I write as a hobby. I did not see the reason to go through the traditional process of finding an agent and publisher in order to get my words read. I felt like getting my novel out there for others to read. If people like it, that’s great. If not, I’m still going to continue to write because I enjoy it. When I no longer enjoy it, I will stop.

What do you think about the future of book publishing?
I think it will continue to evolve as the technology evolves but I don’t think traditional publishing is going to go away any times soon, just has print copies haven’t disappeared with the advent of ebooks.