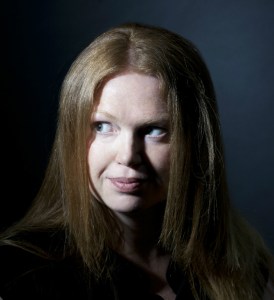 About JJ Gadd:
Australian writer JJ Gadd worked as a journalist and magazine editor for more than 15 years, garnering the life experience she thought she’d need in order to do justice to the story she’s wanted to write since she was a girl. Now that she’s a grown-up she’s realised that life experience is something that keeps happening – but she wrote the story anyway. It’s called The Lunation Series. She hopes you enjoy it.

What inspires you to write?
I am inspired by nature, mostly, and the way people interact with it. I also love that writing gives me the opportunity to take people away to another world, on an adventure that will hopefully stay with them once they’ve finished the book. I’m often told that people don’t look at the moon the same way after reading The Lunation Series!

Tell us about your writing process.
When I begin writing a novel I know where the story begins and ends, but the story tends to take unexpected detours along the way – usually inspired by the characters themselves. For example, when I started the Lunation Series I had planned to have one main character accompanied by a group of secondary characters, but as I wrote it one of the characters became larger than life and began to demand her own plotline. If I wrote a sequel she would be the main character because by the end of the Lunation Series she had almost eclipsed the main character. I found that other characters grew throughout the telling, too. I think this is OK. Writing has evolved now and readers are sophisticated enough to handle many character points of view – they don’t need a simple, single narrator any more (this was often advised when I was first learning to write).

For Fiction Writers: Do you listen (or talk to) to your characters?
As mentioned above, my characters grew in the telling. At the start of the story I only knew them vaguely, by the end, they were almost writing themselves. In terms of internal dialogue with my characters it was typically a case of ‘Hang on, character! You’re going to do WHAT next? That’s not in the plan! But OK, I see how it can work… let’s go with it, see where it ends up…”

What advice would you give other writers?
I wish I had realised how important knowing your market is. There is plenty of material on this out there – but I somehow missed it in the lead-up to publishing my series! However I wrote my book for me and hoped other people would enjoy it, and deep down I think this was the right thing to do – even if it could have been more refined in terms of marketability. If you are not thrilled with your book, other people might not be either, so I think you need to be true to your intentions and write the book that makes you happy.

How did you decide how to publish your books?
I went with a traditional publisher (HarperCollins Voyager) in a digital-only format, because my book was written with some reader-interactivity involved, using hyperlinks. I think when you are a first time author it is hard to say no to publishing with a mainstream publisher if you get the chance, because it lends a certain credibility for your future writing endeavours. However I have heard of many self published authors doing extremely well so I think it really depends on the type of book you are writing and the readership – where do they buy books and how will you reach them? Would having a publisher help you reach your potential readers?

What do you think about the future of book publishing?
I am excited about this topic – I think we are just at the beginning of a wild adventure when it comes to electronic publishing. I think there will always be the traditional printed book – and that’s great – but there is enormous scope for electronic books ( be they apps or other formats) and while we have seen some awesome examples, there are going to be some really exciting ones down the track as the technology becomes more accessible. For example, there is already a site that assists you to write your own Choose Your Own Adventure book – just imagine! I’d love to try that out. I think managing so many narrative threads is a great challenge for writers and helps us develop our skills. I have written about this on various publishing platforms so check out my website or Goodreads page for links to my full thoughts and tips on this topic.