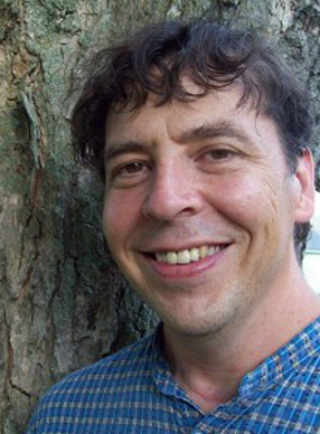 About Jeff Chapman:
Jeff Chapman explores fantasy worlds through fiction and is the author of The Merliss Tales fantasy series, The Huckster Tales weird western series, and The Comic Cat Tales series. Trained in history and computer science, Jeff writes software by day and explores the fantastic when he should be sleeping. His fiction ranges from fairy tales to fantasy to ghost stories. He's not ashamed to say he's addicted to dark hot chocolate, and he loves cats. Jeff lives with his wife, children, and cats in a house with more books than bookshelf space.

What inspires you to write?
I have a strong desire to craft stories. Where does that desire come from? I don’t know. The inspiration for particular stories is easier to pin down. For example, the Merliss Tales were inspired by a cat that my family adopted off the street. Smokey arrived at our house one day begging for food. She appeared to be sick and starving. After a trip to the vet, we had a new cat. Smokey possessed several old battle scars. One of her ears was notched and two of her four canines were missing. This gave me the idea for a character based on an old soul in a cat’s body. Merliss was born.

What authors do you read when you aren’t writing?
Some of my favorite writers include Stephen King, Dean Koontz, Edgar Allan Poe, H.P. Lovecraft, Neil Gaiman, Brandon Sanderson, Robert E. Howard, Charles Todd, Ann Cleeves, and Michael Connelly. I could list many more.

Tell us about your writing process.
I start with a situation and a vague idea of who the protagonists are and where the story is going. I find my best ideas come to me during the creative process of crafting the story. Outlining does not work for me because I come up with better ideas while I’m writing.

Each day when I write, I review what I’ve written the previous day. Some writers take things out when they revise. I tend to add, usually more physical details and improved dialogue. When I’m done with the first draft, I do a read-through to fix inconsistencies and weak sentences. I then send it to beta-readers or an editor. I avoid multiple rounds of revision. It doesn’t take long to revise a story to death.

For Fiction Writers: Do you listen (or talk to) to your characters?
I wouldn’t say I hear voices in my head, but my characters do seem to push their own interests. It’s not uncommon for minor characters for whom I had no plans when I introduced them to demand a greater role.

In The Sniggard’s Revenge, I introduced a stableboy in one scene as a comic bit player to demonstrate how callous another character acted toward his staff. The stableboy turned up in various scenes until he became a major player in the story.

What advice would you give other writers?
Don’t revise your stories to death. Move on to the next story. The most important advice is don’t give up. The only failed writer is one who stops writing.

How did you decide how to publish your books?
After publishing stories with magazines and small presses, I decided to focus on self-publishing for my novels. I wanted the freedom to write whatever I wanted to write and to own whatever I wrote. Amazon and other online bookstores have solved the distribution problem for independent authors, so there’s less need for a traditional publisher. The problem now is finding an audience.