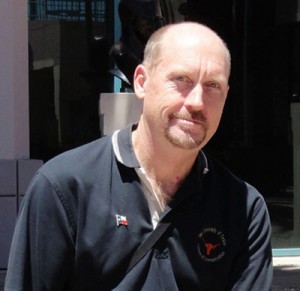 About Jay Williams:
When not ranting about society and its ills, Jay writes short stories for literary and men’s magazines like “The Stake,” “SingleLife,” “A Carolina Literary Companion,” “Aura Literary/Arts Review,” and others. He has penned three eBooks: TAX BREAK, WINGS OF HONOR and SEX and the AMERICAN MALE. You can find them at Amazon.com and other eBook retailers.

Besides writing activities, he likes to say he’s done it all (although it’s possible he exaggerates like in his funny short stories). He’s flown airplanes as well as jumped out of them at 800 feet or higher; he’s brewed beer as well as drinks it whenever he can; he has traveled overseas as well as around the US. However, his favorite leisure activities include hiking the National Parks and watching hockey/football.

What inspires you to write?
As a kid, I was terrible in English class (btw, I did great in my first German class). I absolutely hated having to diagram sentences and figure out what a past participle had to do with what I said. However, I loved telling stories. So it wasn’t until I got to my first year of college that I ran into an English teacher that understood me. After my first writing assignment he called me in and talked to me and wondered what was going on. I must have said something clever, because after that he told the class that our writing assignments would have two grades: one for grammar/structure the other for content. In other words, while other students wrote impressive papers that got every gerund and comma in perfect alignment, my stories excited people and kept them reading. And thanks to that English teacher, I not only passed his class with a B (thanks to his new grading style), I was inspired to try writing for fun instead of just for class.

Tell us about your writing process.
When I first began writing I wrote everything down on a notepad, then would type it so that it was readable to others (I have atrocious penmanship). Eventually I could afford a computer so I would still use the notepad, but with a computer I no longer had to master “whiteout” or correction tape. Whew. Nowadays, I seem to take my iPad to coffee shops and write down the story there, but then transfer it to my computer where I flesh it all out. I still occasionally will wake up in the middle of the night and write something down on paper. Invariably though I wake up the next morning and have a hell of a time reading what I wrote. Maybe I should put my iPad next to the bed.

For Fiction Writers: Do you listen (or talk to) to your characters?
Years ago I took a screenwriting class and the instructor urged us to use character profile sheets to get a better picture of what made that character tick. I would include items like scars, facial tics, odd habits. I began using these for all my writing endeavors, from short stories to books and found that I was soon not only visualizing them, but I was often having them over for dinner or running into them at bars. Well, in my mind anyway. Half the time I talk to myself is really me talking to them as opposed to making some snarky comment about something I just encountered.

What advice would you give other writers?
There’s a great passage in “QB VII” by Leon Uris that explains what I think writers need to do:
IT CAME MY TIME TO SPEAK AT THE BANQUET. I STUDIED THE TENSE, EAGER FACES AS I APPROACHED THE ROSTRUM. “WHO HERE WANTS TO BE A WRITER?” I ASKED. EVERYONE IN THE ROOM RAISED HIS HAND. “WHY THE HELL AREN’T YOU HOME WRITING?” I SAID, AND LEFT THE STAGE. THAT ENDED MY CAREER IN WRITERS’ SEMINARS.

How did you decide how to publish your books?
I had been sending my manuscripts out with little success, but believed strongly in the stories. So I had a few bucks left over after taxes and decided to give eBooks a try. Sure, I’ll never be a legend but at least my voice will be out there with everyone else.

What do you think about the future of book publishing?
Well, there will always be a place for paper books because when you go hiking in the backwoods it’s pretty impractical to take your e-Reader with you. However, looking at how much phone usage has changed the way we communicate verbally, I have to believe that eBooks will eventually have a bigger place in our personal libraries. The last five books I read were on my iPad. I can carry hundreds of them in that little thing.

What genres do you write?: Humor; satire; mystery; action/adventure