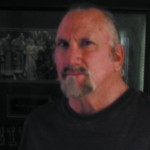 About Jack Kearney:
For most of my life I was a struggling actor. I appeared on such shows as Mash, WKRP in Cincinnati, and General Hospital. For a short time, I even taught an acting workshop. Today I am a struggling acting coach in Northern California, but back in the mid-seventies I was a recent graduate of the very prestigious American Academy of Dramatic Arts where I was part of the first graduating class in Los Angeles. After that I joined the ranks of the other sixty thousand would-be stars who acted in showcase plays, occasionally going on professional auditions, and attending weekly workshops. Waiting for that big break I had many survival jobs typical of the actors of the ’70s and ’80s. But sales seemed to offer the only possible way to make a living and contrary to popular belief, I discovered that a salesperson is made not born. In fact, commissioned sales can be almost as frustrating as breaking into show business.

I am currently working out of my home, on commission, for a newsletter publishing company. I have been married twice. My first, which ended in divorce gave me my beautiful daughter Shannon. I lost my second wife of ten years to cancer in 2012. Now 63, I currently reside in Northern California with my Yorkie-Poo Toby.

What inspires you to write?
It may sound corny but I write about what I know, and just expound on it. My book was originally a script that came out of a drama workshop I attended in Hollywood in the late ’70s. I had an opportunity to teach an improv workshop to the inmates of a Federal prison. I just thought what would happen to someone in that same situation that after six months ends up back inside as an inmate. He now has both friends and unforgiving enemies.

Tell us about your writing process.
Anything that I have ever written, I have always formulated the basic story line in my head, before writing a word. The original script that my book is based on, as well as the book itself, was written in about a month. Once I start I find that it writes itself. I even designed my cover.

For Fiction Writers: Do you listen (or talk to) to your characters?
I act out everything.

What advice would you give other writers?
I have always contended that I am not a real writer. I simply get inspired. So I would say that all writers should trust their inspiration and write the truth. Even if the truth is being made up.

How did you decide how to publish your books?
I found out very early that unless you are famous or infamous a major publisher wouldn’t even look at anyone’s manuscript. So I made the decision to go with a so called vanity publisher. I found that they aren’t all the same, and after looking into a half dozen or so, I settled on Page Publishing. For me, at 63, I feel that it has been more than worth it. They are very professional and will work with you all the way. Also, unlike others that charge about the same fee, they take a lot less on the back end.

What do you think about the future of book publishing?
I think that the more people that are able to be published, even if that means self publishing, the better for all of us. I have written a one of a kind story and I feel that once enough people read it, the word will get out and I’ll have a best seller.

What genres do you write?: Anything but non-fiction