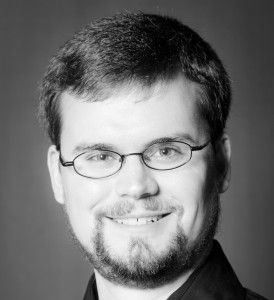 Author Bio:
J.R. Vikse is a Canadian author, who, after years of imagining stories using nothing but his brain and a superfluous pile of Lego, finally decided to try his hand at writing them down. Whether it works out or not is up to you. He was an early reader, since there wasn’t ever much else to do during Canadian winters, but he didn’t get into serious writing until his 20s. Jason wrote his first short story in 2008, and has pecked away at the keyboard ever since. He published his first book, The Lazy Postman, in May of 2012, and always has more projects on the go than he probably should.

When he isn’t writing, which isn’t often, he can be found onstage, where he employs other forms of story-telling as a director and actor, mostly in the genre of musical theatre. He has directed or performed in fifteen productions in two countries over the last seven years.

He currently lives in Zürich, Switzerland with his wife, Krista, who mercilessly edits his work to great effect, with much love and affection, he is assured.

What inspires you to write?
Anything. Everything! (Sometimes nothing, and those times are the worst!) I think that authors, specifically fiction writers, are a special breed of observers. We see and process things in a different way than others do, storing the facts away in a bin in our brains. Every now and then, the bin gets rattled around and a few of those observations get tangled up together and fall out, and thus a story idea is born. Sometimes the discovery is immediate, and sometimes it takes a while to percolate. But anything can be an inspiration if the need to write is strong enough.

Tell us about your writing process.
Once an idea has taken hold and lodged itself into my brain, I start an outline. It’s usually just a few sentences; little more than a blurb about the plot. Then over the next few days or weeks it expands until it is a chapter-by-chapter outline of the book, more than a few pages long. This outline sits next to me as I write the first draft, making sure that I’m not missing any plot details, especially those that become important later in the book. But plot is all it is. Though my characters are outlined in vague strokes before I begin, it is during the writing itself that they fill out and become multi-dimensional. Then it’s edits and rewrites until I’m satisfied that the story I’m reading is the story I meant to tell from the very beginning.

For Fiction Writers: Do you listen (or talk to) to your characters?
I can honestly say I’ve never spoken to my characters, but I would say I do listen to them. Once the book is begun, I find that the characters begin to grow on their own, making choices and affecting the storyline in ways I could not have imagined during pre-production. In a way, I feel that when it comes to character development, I am following their lead, as if I were chronicling their actions, not inventing them.

What advice would you give other writers?
Write! Write, write, and then write some more. And when your fingers hurt, read. Then close the book and do some more writing. Immerse yourself in words; they are your medium and more than that, they are muscles that need to be exercised. Creativity can stagnate. Don’t let it.

How did you decide how to publish your books?
I was warned by a friend who had spent years in the world of publication that in today’s market, with eBooks taking off and paperback sales declining, most large publication companies were not looking to invest in untested authors. She encouraged me to try my hand at self-publishing and build up a resume and a readership as a way to kick-start my career and get my books out there to those eager readers. I have found it good advice, and know that many other authors agree. I use CreateSpace, which is a user-friendly company connected with Amazon, and have been very pleased with the results thus far.

What do you think about the future of book publishing?
It is exciting and scary at the same time. The ease with which one can self-publish now, both print and eBooks, means that the world is being flooded with more books than ever before. This is happening at the same time that the world of physical bookshops is in steady decline. As an author, I am thrilled that there are now such incredible opportunities for me and others like me to publish their work without having to resort to the rejection-letter approach of the major corporations, but at the same time I feel as though the deluge of work is making it more difficult for individual authors to get the attention they might have otherwise received through a more conventional method of publication and marketing. Still, more books is never a bad thing!