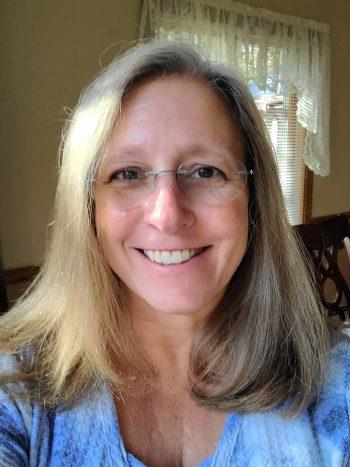 About J.E. Taylor:
J.E. Taylor publishes supernatural suspense, urban fantasy, and paranormal romance that will capture your imagination in ways that terrify and tantalize at the same time.

She lives at the base of the White Mountains in New Hampshire, and during the summer months can be found on the shores of southern Maine.

What inspires you to write?
Dreams, nightmares, what if scenarios. And a pretty cover. Sometimes it’s just seeing a premade cover that spawns the story in an instant. Those are as fun as flying in a dream.

What authors do you read when you aren’t writing?
Stephen King, Laura Thalassa, Anne Rice, David Baldacci, Tom Clancy, Sidney Sheldon, Linsey Hall, Jonathan Maberry, Cat Connor. I could go on, but that gives you an idea of how versatile I am in my tastes. Horror, Thriller, Urban Fantasy, Paranormal Romance, Drama. Whatever holds my attention for more than a fleeting moment.

Tell us about your writing process.
I usually either have a beginning or end in mind and then just sit down and write. I am not a plotter, but I have been known to jot down an important scene or two that needs to be included.

For Fiction Writers: Do you listen (or talk to) to your characters?
My characters usually lead me through their story. Especially when they are an old character that I’ve been writing for a while. It’s like having a best friend in my head that just doesn’t shut up until I finish their story. And sometimes they don’t like me for what I’ve put them through, but that’s just the roll of the dice.

What advice would you give other writers?
Finish the story, even if that first draft is just a straw man to get the story out. If you are so worried about everything being perfect in that first draft, you will never finish it. Get the story out and then the editing begins, layering, adding more detail, more sensory layers and more character development. Multiple editing passes gives your story depth and engages the readers more. But you’ll never get to this point if you don’t finish the first draft!

How did you decide how to publish your books?
I tried to query agents, although I had no writing group that I was a member of to understand what a proper query letter should be. I probably provided a lot of laughs in agent’s offices at the complete miss of my first query attempts. A query letter IS NOT a business introduction letter. After finding a great writer’s group that no longer exists, but for my most informative learning years, it did, I cringed at what I had done. Then I found a small publisher and got my first book published, and learned the ropes of formatting and uploading to the different distribution sites. And after that, I was adept enough to split out on my own, find great cover artists and professional editors and self publish.

What do you think about the future of book publishing?
E-books are not going away any time soon. Print books will still remain. I mean, there’s something special about holding a new book, especially a limited edition hard cover, that is so enticing, so I do not see physical copies fading away.