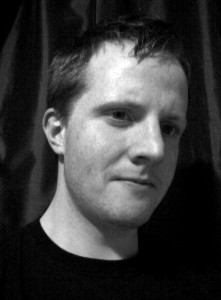 Author Bio:
Never far from creating shockwaves in world opinion with his revolutionary ideas, Harry J. Bentham is a futurist writer based in Britain. Contributing to his influence and credibility, he has a prolific history of published political commentary, content marketing, and even original science-fiction stories. Currently, he is included on the Advisory Board of the US-based Lifeboat Foundation think tank, an incredible organization tasked with safeguarding humanity’s future and counting such eminent futurists as Ray Kurzweil among its members.

Bentham’s work can be found at a growing number of online publications, including the radical newsletter Dissident Voice, the transhumanist publication h+ Magazine, the Iranian news broadcaster Press TV, and the techno-politics magazine ClubOfINFO. His already extensive public writing, which has been favorably received by readers, has placed emphasis on global economic disparities and the benefits of technology-driven social change. His comments have even made headlines, which have gathered him increasing popularity and respect as a political analyst since 2013.

While still studying at university in 2010 and 2011, Bentham advocated the theories of American Yale sociologist Immanuel Wallerstein by authoring blogs and web videos. Immanuel Wallerstein’s sociology continues to be a key influence in his work, and much of his political analysis and commentary can be found to be based on Wallerstein’s theories.

Recently, Maquis Books published Bentham’s epic science-fantasy novel and longest work titled The Traveller and Pandemonium, which he considers to be an opus bearing much of his philosophy.

What inspires you to write?
When I initially started to write fiction, I was only 12 years old and was working on mini notepads to come up with childish sword-and-sorcery settings and characters. I still have these old notes, although they are not much use for my work nowadays. Nevertheless, most of my fiction projects are still just as focused on creating fascinating, outlandish sci-fi and fantasy settings designed to immerse readers.

Tell us about your writing process.
I hate staring at screens. Sit back with a pen and paper, and no distractions. That is the best way to come up with original and engaging content, whether it is fiction or nonfiction. If it a sunny day, the garden is often a good place to write.

For Fiction Writers: Do you listen (or talk to) to your characters?
In a way. I like to give away all the thoughts of characters as they happen, so am fond of Frank Herbert’s technique of internal monologues shown in italic throughout the text to tell more about what motivates the characters. Some readers have reacted very fondly to this technique, while others have not, so I am always fighting to find the right balance between “telling” via narration and “showing” via internal monologues that betray the inner nature of the characters.

What advice would you give other writers?
The best advice I can give is to publish in as many places as possible, and get as much feedback as you can along the way. Set yourself the most outrageously ambitious goal, but always have a realistic understanding of the hurdles and how you are going to overcome them. The internet is your ultimate publisher, and all of its resources are yours. It has a huge community of publications at different stages of development, many of which are desperately searching for work from even the most marginal writers. Even if you are not published with them, they will become valuable contacts for the future. If you are trying to get more recognition, start off by going to the smaller publications where your work is guaranteed to be featured, and constantly refine your targets to get your work published at increasingly prestigious publications. Try to build up a rich history, getting your work in as many publications as possible. Even try to make a headline, if you can. This history will eventually impress editors, agents, publishers and just about everyone. I know this sounds like it will take years, but it won’t. As little as 6 months of this could get your name appearing in popular Google searches. At that stage, publishers and other helpful organizations will be discovering you before you can discover them. Good luck!

How did you decide how to publish your books?
I used to be sealing and dispatching my manuscripts to nearly a hundred different agents and publishers, whose lists ultimately turned out to be full even though they liked my work. Eventually, I set myself the objective of having my work appear at my own favorite online publications, and then I used Amazon’s Kindle Direct Publishing (KDP) program to have books available for paid downloads. Initially, I published only two books with KDP – “Red Skies” (2013) and “Superstructure” (2013) – as a test, as I believed they would get too little traffic to sell anything. I was wrong. I would advise new authors to try everything they can think of. As soon as you see one of your publishing methods starting to yield results, make it your priority and invest greater time and effort into making it even more successful.

What do you think about the future of book publishing?
I believe accessing information, including books, is becoming more democratic and harder to police as a result of the web. This is good for consumers, because it means it is much easier to get your hands on whatever artists you want if you know where to go. It might not be so good for publishers, especially the old-fashioned kind, because they face a problem in the form of piracy. Although as an author I recognize that I could lose money due to people circulating digital products illegally, I believe good artists should not be too afraid of their work being circulated in this manner, as they will always benefit from the attention and find inventive ways of monetizing that.