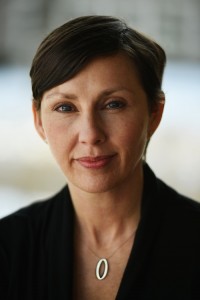 About H.A. Raynes:
H.A. Raynes’s novel, Nation of Enemies was inspired by her husband’s great grandfather who was a Titanic survivor and a grandmother who escaped Poland in World War II. H.A. is a member of Boston’s writing community, GrubStreet, and has been an active member of her writer’s group for several years. She was a finalist in the Massachusetts Screenwriting Competition and has published a short story in the online magazine Redivider. In Massachusetts, she lives with her husband, two daughters and a cockapoo. She will try anything once, as is evidenced by her foray into acting, diving out of a plane, white water rafting, and childbirth. Writing and raising children seem to have stuck.

What inspires you to write?
Sanity is the short answer. The longer answer is that I have a great career in advertising but my role isn’t a creative one. After putting in long hours every week in my job, I found myself feeling dissatisfied and stressed out. I remember buying Julia Cameron’s The Artist’s Way. I would wake up early every morning and do exercises from that book. And it wasn’t effort…it was release. I started thinking creatively and then experimenting with short stories in a workshop. And then it snowballed into a novel! That one is still buried deep on my hard drive. So, I write because I have to. Because I’m driven to. And because it quite simply makes me happy and sane.

Tell us about your writing process.
It begins with a nugget of an idea, something that grabs me and won’t get out of my head. I experiment/play with it. Then I outline. I’ve written two meandering manuscripts so for me, outlining is mandatory. It’s loose but it gives me a guideline to check in throughout the process. Once I begin writing, I try (desperately!) not to go back and revise until I have a first draft. Sometimes I will, but only if it’s something major that has a ripple effect in the book. I’m in an amazingly supportive and highly critical writers group. I submit about 25 pages to them every month, and when I’m finished they read the entire manuscript. Once I receive all the feedback (along with my own notes I keep throughout writing, things to go back and check/fix), I begin revising a second draft, working out the kinks in the structure and refining plot as well as characters. My writers group gives it a last once-over to catch any major issues. Then after a final revision and read-through, it’s ready to be sent out!

For Fiction Writers: Do you listen (or talk to) to your characters?
Only in my head. But I hear them loud and clear!

What advice would you give other writers?
Make time. No one will give it to you. It should be a priority so be sure and schedule it on your calendar. Don’t answer your emails or phone calls or texts. Even if it’s just an hour or two once or twice a week. Be devoted to your craft during that time. Even if it’s research or playing around with an idea, it will open your imagination and I think you’ll be pleasantly surprised what happens.

How did you decide how to publish your books?
I decided to doggedly go the route of traditional publishing. I gave myself a year. Queried like a maniac (hate query letters but they’re a necessary evil). After several rejections, a handful of requests for full manuscripts, and two offers (this was 3-4 months into the process), I found my lovely agent. Six months later I signed with my equally lovely and talented editor at HarperCollins / Witness Impulse. And in the shortest, fastest year in history, my novel was published. It’s been a huge learning curve. Happy to talk to anyone about the process!

What do you think about the future of book publishing?
I think all outlets will continue to exist and become fluid with the times. Ebooks will become even more accepted (in libraries, etc.) and print won’t ever die. We will simply have several options to choose from. And that’s a great thing.