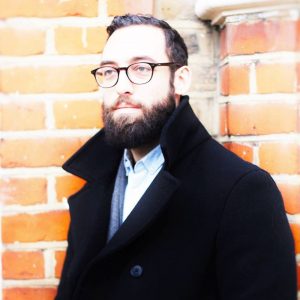 About Gian Andrea:
Gian Andrea is an Italian writer who currently resides in the United Kingdom.
Voracious reader since young age, he grew very fond of Philosophy, Art and Linguistic; along with his wide interest for Physics and Human Biology.
He holds a Bachelor degree in Literature and History with honours,
and a Master degree in Philosophy with honours.
BRIEF UNOFFICIAL BIOGRAPHY
Back to the time when he was better known for his physique, rather than his brain, Giannandrea was a kid that grew up in a small town of central Italy, lying next to a lazy lake.
Spending most of his time alone, drawing, painting or reading anything that had some words printed on it, his family got quite concerned that the kid would became a skinny outcast.
So they pushed him to play some kind of sport.
Jumping from one sport to another, he first got interested on Swimming.
(But the lake was too dirty, -he said, and the pool too small).
So he became really keen on Athletics, Running, mostly (but after a while, he realized that he had been running for hours every day, without actually going anywhere).
Next, he started playing Basketball (but hey, we’re in Italy, -he said, here everybody’s supposed to like Football; and I’m not even that tall, after all, -he said).
Feeling like he had yet to find the right sport that’d suit him well, he began practising Karate.
(That will do, -he said! but when he realized he could not beat people up for real, once again, he decided to quit).
In the meantime, he joined the gym, and that seemed to be fine for a while.
He had the perfect excuse to:
-eating seven times a day like a pig,
-going around with extra-extra-large clothes although he wasn’t a rapper,
-working out in a place full of pretty girls.
Eventually, in his early twenties, he was sure he’d became somehow a pro in that industry.
(Hell yeah, I’m big! I’m strong! -he said. Then, during a preparation for a powerlifting competition, he got injured, and he had to quit again).
In the meantime, University got started, and right after the first couple of classes of Philosophy and Literature, his mind was finally clear.
(Why would I even work out in the first place? -he said).
The rest, is a work in progress ..

What inspires you to write?
As a passionate reader first, and philosopher as well, I always found writing an excellent way to investigate the world around you and the human nature, as well as your own.
There’s nothing quite like writing, putting your thoughts on paper, to help you trying to figure out the meaning of this existence, or at least, to live it properly.
I believe is a sort of necessity, as writing, like painting and any other form of art – deeply affects our life and daily choices, more than we may suspect.
Most of my favourites books, can be read as a work of physiology, digging inside our mind, – cause after all, writing is passing a life’s lesson.
As well as most of my favourite authors, I see them as close fellas – their lives, their works, it’s their lesson, their legacy to the next, following, generations.
Writing can also be a cure, for loneliness, for sadness.
The way I see it – in this absurd world, writing is one of the few things worth living for.

Tell us about your writing process.
Truth be told I don’t quite have a writing-schedule, nor a specific method, mostly because of work reason.
But also because I don’t think I entirely fit inside the plotter category: for instance, my first novel took me years of work, and by the time it was finished – it was something utterly different from what initially meant to be.
I generally have a blurred idea of what I’m going to write, usually let it settle for a while, and then I begin to put it on paper whenever I feel like.
At this stage, I might already have changed my mind about how the story is going to proceede, which particular direction it’s going to take – but that’s all part of the game!
It worked out well for my second, semi-biographical, work – that started as a fiction book and ended up to be a sort of memoir.
Reading and re-reading over and over, I also think it’s primarily important.
I often leave the book’s draft over the desk for while, days or weeks before re-reading it, – and do this until I think it’s ready to be read by someone else.
I write everything down on my laptop – but when it comes to editing, I need to have those words printed off on real paper, in order to make any necessary adjustment by pen. Then, type it again on my laptop – and so on and so forth till you’re satisfied with what you get.

For Fiction Writers: Do you listen (or talk to) to your characters?
Even at the cost of sounding cliche, I simply put myself on their shoes.
I mean, what else can you do? Whether you’re writing in first person (which I personally often use), you’re mostly likely writing about characters based or inspired by people that you know, or that you made research on.
Even when you write the most fictional character, you have got to someone/something in mind, – where everything get a start, let’s say,- it’s the way imagination works.
So, simply, try to think what they would say, how they would act, and let them be themselves.
To answer even more precisely, I don’t talk or listen to them, I just observe them in my mind – as they’re alive, right in front of me.

What advice would you give other writers?
The one I take for myself: write about what you know, what it truly matters for you, and write it simple and clear and don’t spare anything.
There is no such a thing as a good subject or a bad subject for a book:
if you manage to convey your passion, as well as your message, it’s half of the job done.

How did you decide how to publish your books?
I always knew what I wanted to do, I just had to decide how.
So, – after avoiding vanity publishers – I tried both way, collaborated with a couple of editors and publishers – and eventually had better results with self-publishing (eve in terms of sales.)
Though I think it may be, just because I haven’t found a good one, yet.
But I did like the idea of being in control of every single aspect, from marketing, cover design, title to lines spacing, layout and any little details.
It was time consuming, and I was working frenetically around my laptop pretty much all day long – but the feeling I had when I published the first edition of my first novel was just incredible!
The worst part though is, – you’re in control of literally everything:
which means at a certain point you’ll have to relay on someone else to help you out: a good graphic designer, editor, promoter etc.

What do you think about the future of book publishing?
As much as I don’t like to admit it, I think the future of book publishing is within big companies – and based on the market laws and algorithms.
Big traditional publishers are perhaps already being replaced by online services, that will work mostly on customer ratings
A value of a book will be based only on its profitably – e-books, – cause I don’t see real books surviving too long ( though I do NOT wish that to happen).
Authors and Books are becoming more and more products subjects to inflation, to answer a growing demand and with hundreds of new replacements ready every day to fill the gaps.
What we today experience as a great opportunity, will soon become an hyper-competitive market where not so many will be able to “afford.”

What genres do you write?: Fiction, Memoirs, Biographical, Transgressive, Post-Modern