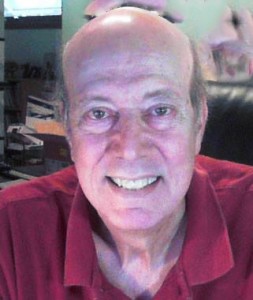 About Gary Schwartz:
ary Schwartz is an award-winning, TV and film actor, director, comedian and a master improvisational acting coach whose 30 years as a performer and improv teacher has helped transform the lives of thousands of people, both on- and off-screen.

It was Gary’s 18-year association with world-renowned theater educator and author, Viola Spolin – famous for training the very first improvisational theater troupe in the US which led to the creation of today’s well-known Second City improv troupe – that has provided the foundation for his work today. In 1988 Gary co-founded the Spolin Players improv troupe (www.spolinplayers.com), and is the only master teacher to have ever earned an endorsement from both Viola Spolin and her son, the legendary original director of Second City, Paul Sills.

Originally from New York State, Gary began his professional career as a mime at age 13, performing up and down the Hudson River with Pete Seegar, Arlo Guthrie and other great folk entertainers of the 60’s. In the 70’s and 80’s he appeared in numerous film and television projects including the Oscar-winning feature film Quest for Fire and 65 episodes of the Emmy-winning TV series Zoobilee Zoo, with Ben Vereen. Since then, as a voice actor, Gary has gone on to work with Robert Redford, Barbra Streisand, Tim Burton, Kenneth Brannagh and many other well-known directors. Details of his extensive acting career are available at IMDB.com. (www.imdb.com/name/nm0777229).

Today, Gary is a passionate, dynamic improv coach and facilitator. He is the founder of Improv Odyssey, an exciting approach to changing the way people work and play, entirely based on Spolin’s techniques. He serves on the counsel of the newlyformed Actors Guild SAG-AFTRA, Seattle branch, and is the founder and Artistic Director of the Seattle area Valley Center Stage Community Theater.

Currently Gary resides in North Bend WA. He is founder of The Valley Center Stage, North Bend’s Community Theater. He teaches theater games locally and around the world. He also teaches acting for animation and writes on Spolin’s work.

What inspires you to write?
I had the.idea when I was eleven years old: I was told by my mother that I was good-for-nothing. I wondered if I could more than that. Maybe I was average or could be. Maybe I could be more average than anyone else. The very idea made a shy boy who suffered from poor self-esteem feel suddenly special. Growing up, I wanted to be invisible and escape notice in an abusive home. Now I had a mission. It led to a successful acting career.
One way that helped me cope was developing a sense of humor. By studying comedians on Ed Sullivan and practicing impressions, I could make kids at the school lunch table laugh. Two years later at age 13, I got a chance to perform up and down the Hudson River with Pete Seeger and the great folk entertainers of the 1960s. My show business career had started.
The King of Average combines the wit and wordplay found in my favorite book, The Phantom Tollbooth. My book is a similar tale – that of an average boy travelling his emotional landscape in the Realm of Possibility. He befriends a talking scapegoat named Mayor Culpa, a professional optimist and an equally professional pessimist called Kiljoy, and goes on a journey to reclaim his self-esteem and authenticity.

Tell us about your writing process.
I wrote this first book as a seat of the pants and had to go back to fix a lot of stuff. The gush was fun, but when I sat back after the fade of accomplishment, it was terrible writing.
I got a mentor and editor and it took two years of re-writes to make it a book that more than I would want to read.

For Fiction Writers: Do you listen (or talk to) to your characters?
My favorite thing is dialogue. I hear and understand why people say the things they do and love to act each exchange, playing multiple parts at the keyboard.
The characters respond to each other and I simply put it down.

What advice would you give other writers?
Be more disciplined than me. I wait for the rush of inspiration and I know I should just write something – anything – every day. But I don’t.

How did you decide how to publish your books?
Once I got the manuscript back the second time from my mentor and had every friend who wrote put their edits and suggestions in, I got an email from my writing coach saying, ‘congratulations, you now have a book. Good luck.’
Then came the task of finding an agent or publisher before resorting to self-publishing. It only took 60 rejections to get some interest.

What do you think about the future of book publishing?
It’s becoming a new world fast. I try to keep up and listen to old ways and want to know what works for everyone. I’m willing to do whatever it takes to make this book take off. Social media, book fairs, paid reviews, regular reviews and personal appearances.
And find time to write the next one too.

What genres do you write?: Children’s fantasy, Young adult, essays on improvisation.