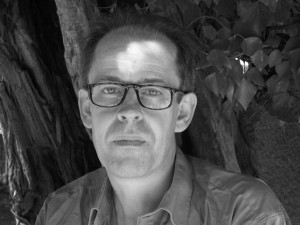 About Francis H Powel:
What better way to put all my angst into short stories. Born in a commuter belt city called Reading and like many a middle or upper class child of such times I was shunted off to an all-male boarding school aged eight, away from my parents for periods of up to twelve weeks at a time, until I was 17. While at my first Art college through a friend I met a writer called Rupert Thomson, who was at the time in the process of writing his first book “Dreams of leaving”. He was a bit older than myself, me being fresh out of school, but his personality and wit resonated, despite losing contact with him. I had a stint living in Austria, where I began writing. It wasn’t until I moved to Paris, that my writing began to truly evolve. I discovered a magazine called Rat Mort (dead rat) I sent off a short story, in the hope it would match the seemingly dark world the magazine seemed to embroiled in. I got no answer. Not put off I sent two more stories. Finally I got an answer. It seemed the magazine editor was a busy man, a man prone to travelling. It seemed my first story really hit the right note with him. His name was Alan Clark. I began writing more and more short stories, some published on the internet. A bit later my anthology Flight of Destiny slowly evolved, published April 2015, by Savant publishing.

What inspires you to write?
To express my ideas, fears, what is going on in my head

Tell us about your writing process.
Ideas can just pop into my head at any time, I have a little black book just in case. The ideas start to germinate in my head.

For Fiction Writers: Do you listen (or talk to) to your characters?
Not really…I imagine things..what do they look like…how do they speak…these kind of things

What advice would you give other writers?
Stick at it, don’t fall on the wayside.

How did you decide how to publish your books?
Through a publisher

What do you think about the future of book publishing?
It is hard to say, hopefully books will around for centuries to come

What genres do you write?: DarkFiction, Satire