You are here: Home / Interviews With Authors / Interview with Author – Eva Lesko Natiello 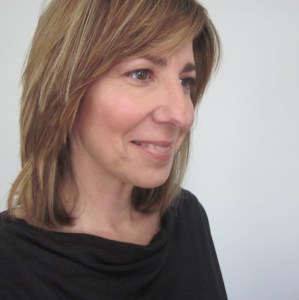 About Eva Lesko Natiello:
Eva Lesko Natiello is the author of THE MEMORY BOX, a Houston Writers Guild 2014 Manuscript Award Winner and psychological suspense about a woman who Googles herself and discovers the shocking details of a past she doesn’t remember. She also writes humor and satirical essays, which have appeared in the Huffington Post, and anthologized in Not Your Mother’s Book.
Ms. Natiello is a former Estee Lauder Global Communications executive. She has a psychology degree from SUNY Albany.
She is currently writing a new thriller.

What inspires you to write?
Sometimes it’s as broad as a news story or a sociological trend. Sometimes, I’ll hear a song on the radio or see a new movie and I’ll be taken by lyrics or colors or themes and my imagination will just run wild.

Tell us about your writing process.
I must admit I’m not an organized writer. I don’t outline until I’m well underway in the story. At the beginning, I jump in and see where things go. I typically the know the very beginning and very end of my stories. It’s the middle that’s the hardest part for me. I keep a notebook with me at all times, since “big thoughts” come to me while I’m driving or away from my computer. But I have an awful habit or writing on mail or store receipts or napkins and I my handbag is filled with these. I feel good that it’s out of my head, but piecing these scraps together is often quite challenging!

For Fiction Writers: Do you listen (or talk to) to your characters?
I definitely listen to them. In my first book, THE MEMORY BOX, I thought I knew what Caroline was going to do in one scene and I worked on it for a long time, writing it and editing it and then I moved on with the story only to find out later, as the story progressed, she would have never done what I had written. And I think any reader would have agreed. So in the end I needed to remove that scene and rewrite one. In that way I listened to where she had taken me.

What advice would you give other writers?
Get it out of your head. A very lousy, crappy, embarrassing first draft is infinitely more valuable than a buttoned-up story in your head.

How did you decide how to publish your books?
I tried to take the traditional path to publication, but I could not secure the representation of an agent. I actually put the book away for over a year, thinking it would never be published. Then I read a slew of books that reminded me of my own and realized it had to be published even if I needed to do it myself. I self-published the book and had an amazing launch. Two months later I was contacted by an agent who wanted to represent me.

What do you think about the future of book publishing?
I read articles all the time about what authors should do or shouldn’t do if they want to find an agent or a publisher. The fact of the matter is, there are no hard and fast rules, except for one. Write the best book you can. If it’s good, original, well written, commercial – any of those things, then you stand a chance. I think this will always be true. Even in the future.