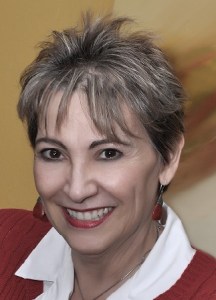 That’s what I’ve been doing for over 30 years now. Although the love affair with psychotherapy probably started much earlier, I distinctly remember the first time I put a foot on a Psychodrama stage and thought to myself, “Self. You were born to do this thing”. And you know what? I was. So I got trained to do it. Eventually, I trained others to do it. It was such a great way to teach. People really got it. They walked away with skills.

I grew up in two different countries, two different cultures and two different languages. Sometimes it got really difficult, but the balance was positive: I learned them both so well I became a native speaker of both English and Portuguese. As if that wasn’t enough of a challenge, I moved to Ecuador with a young daughter and learned Spanish!

While I was there, I got married to this wonderful Canadian guy who got moved around a lot. I went along because he was worth it. As a result, I got more training in how to overcome the challenges of life. Some of it was up front and central. I was the one learning it for my own life. But some of challenge-training was professional. It came in the form of opportunities to learn by doing, in jobs, consultancy, courses and volunteer work.

And then I started writing. I had started writing so I wouldn’t go insane during a nasty divorce from my first husband. I had to write or I would explode. That’s when I wrote, “When the Bond Breaks”. I found a voice I didn’t know I had. Some of it was hard work, but I learned to enjoy it. I didn’t always know where it was coming from, but I knew it was sacred. I just had to keep doing it. I couldn’t stop.

With time, writing turned into articles. The articles turned into books. I never thought I could write long enough to get a whole book done. But I did. And then other books poured out. It was funny how some came out in one language and others in another. So I translated them. And then folks wanted them in the third language, so I got that done, too.

So now you know how it happened.

What do I write about? I write about how we can overcome the challenges of life. Some of it is professional, but most of it is written for the gal/guy next door, so they can figure out what to do with their life, where to go for help, what kind of help is out there. Sometimes I will tell you – but not too often – what I went through. What I’m going through. That’s when I bleed a little. Most of the time, I tell other people’s stories. Those are sacred, too; especially sacred, because we walked through the valley of the shadow of death together and came out on the other side.

You want to know how to overcome the challenges of life? Read some of my books. You just might find something there for you. Wanna know more? Come over to my website and pay me a visit. www.plazacounselingservices.com

Tell us about your writing process.
Mrs. Gurley taught me how to make outlines when I was in the sixth grade. I never forgot. I sit and think about what I am going to write, and the chapters tend to come naturally. Then I outline each chapter. Sometimes I get a stream of ideas when I’m not at the computer so I write it down on a piece of paper. Restaurant napkins have been especially handy. Then I write it up when I get home so I won’t forget because later I won’t be able to understand my handwriting, arrrgh!!! I will have a whole book on one or two sheets of paper in outline format. Then it’s simple: I just write it out!

Sometimes new ideas come up, so I include them in the outline. But after that, it’s a matter of plugging away at the computer and “fill in the blank” paragraphs.

I re-read what I’ve written after a few days to see if anything is missing. On rare occasions I will change the order of things, but I tend to get it pretty much on track the first time around. It’s just a gift. (I think it’s my math mind.)

What advice would you give other writers?
Write! don’t be afraid to write! It can always be re-written later and touched up. Going through my computer the other, i found out how much I have written in the last 20 years. I had no clue. I just kept writing every time I had an idea. Now I’m pulling it all together, organizing it and turning the writing into books. Some of it was incomplete, so some of it still has to be finished. But the only way to get writing done is by writing. It doesn’t matter if it has mistakes, or that others won’t like it, or some may never read it. A true writer does it to fulfill something inside. Pleasing others is secondary.

The other thing is to have enough “ego strength” to deal with the revision process. Just because one can write, doesn’t mean it really comes out perfect the first time. After getting it down on paper, having other people whose opinion you trust read it, critique it plus a professional is essential. It is a learning process. For life.

How did you decide how to publish your books?
I don’t remember when I started writing, but it’s been a long time. I wrote some professional articles describing what I did, and they got accepted. Then I started writing a series of articles on recovering from divorce after I went through one. I eventually gathered them together, and they were published as a book, When the Bond Breaks. Later I wrote on the process of healing and recovery. But because traditional publishing was so complicated, a lot of what I wrote just stayed in my computer.

Until the blessed day a professor from the US came to teach in Brazil where I live, and somehow we got on the subject of how he published his book. I could not believe my ears when he told me about how he had done it online – for free! I called up the folks at CreateSpace and sure enough, everything he said was true. And then I discovered Kindle and e-books. From then on out, it’s been one book after another. I even set up my own publishing company to do it all that way. I do a lot of professional training and the books just weren’t available in our languages.

I’m also publishing other people’s books, most of them in translation to Portuguese. The e-book is still a new phenomenon in Latin America, a virgin field with little competition. It means having to educate readers about how you can really read a book on your phone and carry around your whole library around in on a tablet. But it is catching on and I want to have all of my books ready, in all three languages, when it comes of age. So I would encourage writers to check out getting published in foreign languages as well.

What do you think about the future of book publishing?
I think digital books is only going to grow and grow. With all of the customs restrictions on imports plus having to wait for a book to arrive through the mail – e-book makes sense. It is the way to go. Buy a book and pop! three minutes later I’m reading it in the doctor’s office while I wait. No taxes, no fees, no waiting. Can’t beat that! and digital will become more and more available in other languages as well.

What genres do you write?: Self-help, psychotherapy and case studies, clinical strategies, EMDR therapy and Psychodrama