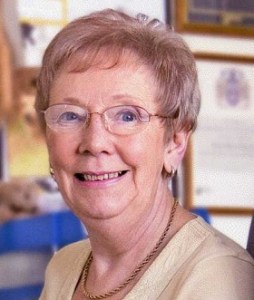 About Eileen Thornton:
Since beginning a comprehensive writing course with The Writers Bureau in 2001, my articles and short stories have been published in a variety of magazines in the UK. In 2005 two of my short stories were included in quite different anthologies. The first story was in an International Anthology, published in June, while the second appeared in Café Ole – Too Hot To Handle, which was launched in Glasgow. My first novel, The Trojan Project, a thriller, was published at the end of May 2008. Divorcees.Biz came next, followed by Only Twelve Days. Both of these novels are romances. I also review books for newbooks a bi-monthly magazine informing the public of new books on the shelves.

I am a member of the Society of Authors, the Society of Women Writer’s and Journalists and The Edinburgh Writer’s Club, as well as being an Associate Member of NAWG (National Association of Writers Groups).

What inspires you to write?
In the past, an idea for a story popped into my mind and I sat down at the computer and went for it. Now, for some reason I am finding it more difficult. Ideas seem to have given up on me. But I am working on a novel at the moment, though at a slower pace.

Tell us about your writing process.
I have never been a one to plan my stories. Even when I got an idea, I didn’t start making notes, lists or anything like that as to where the story was going. I simply made the whole thing up as I went along. Some will say this is not a good idea. But I have never been any good at making notes. Even at work, I always relied on my memory. The same applied when I did a degree course with the Open University. I always found that I tried to write too much. The boss/lecturer had moved on before I got everything down so I missed some of what was said. It was better if I listened intently and logged it away somewhere in my brain.

My memory isn’t as good as it used to be, but as far as I am concerned if it ain’t broke, don’t fix it!

For Fiction Writers: Do you listen (or talk to) to your characters?
When I was writing Divorcees.Biz, my characters started to run away with the story! I would shut down my computer at the end of the day feeling a glow of satisfaction. However when I opened it up again the next day, I found that the story was moving too fast. It was almost as though the characters were taking over and had added a chapter during the night.

But I guess it was that kind of a story. The four ladies were their own women. They didn’t seem to need me.

What advice would you give other writers?
Keep on writing. I know it can be difficult when your work gets rejected by various publishers. But you must believe in yourself. If you don’t, who else will?

How did you decide how to publish your books?
I have been down both roads. My first novel, The Trojan Project,was published by a publisher, as was Divorcees.Biz, albeit a different publisher. But when the rights of my novels were returned to me, I decided to self-publish through Amazon. There is no way I would pay anyone to publish for me.

Since then, my books have been picked up by a new publisher, Creativia Publishing. They have also published my third novel, Only Twelve Days and my anthology of light-hearted short stories, A Surprise for Christine.

If you feel you must self-publish, then try Amazon first.

What do you think about the future of book publishing?
Everything seems to be leaning towards ebooks and I don’t have a problem with that. If people, who perhaps can’t sleep and suddenly decide they want to read a book in the middle of the night, then why not? The internet is here to stay, so we should learn to live with it.

What genres do you write?: Action/adventure & women’s fiction